United Nations peacekeepers, European diplomats and the African Union helped broker the deal, but women and girls have been particularly affected by the failure to implement it. 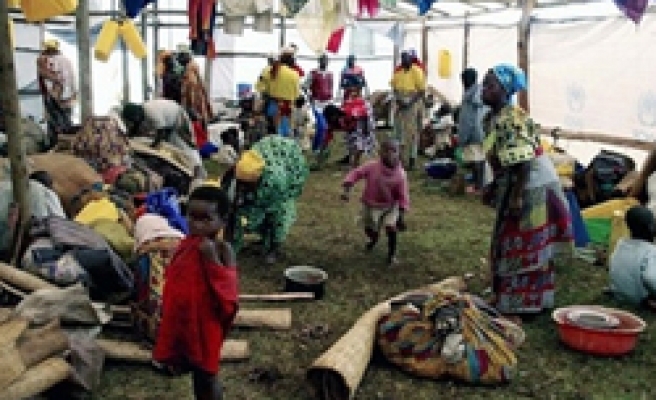 Many more women and girls were raped but did not report it, the document added, saying that, since the signing of a Jan. 23 deal between rebels, militia and government, 150,000 civilians had fled their homes amid continuing "horrendous violence".

The report by the Congo Advocacy Coalition, a collection of 64 international and local aid agencies and rights groups, is the latest damning indictment of an agreement meant to finally pacify North Kivu, a province in the mineral-rich east.

Although Congo held successful elections in 2006 aimed at drawing a line under a decade of war and chaos, violence simmers in much of the east, where rebel and chaotic army units roam, often looting and targeting civilians.

United Nations peacekeepers, European diplomats and the African Union helped broker the deal, but women and girls have been particularly affected by the failure to implement it.

"More than 2,200 cases of rape were recorded in June 2008 in North Kivu province alone, representing only a small portion of the total," the report said.

Stigma and the inability to reach doctors due to continuing violence often mean that many rapes are never recorded.

Congo's conflict has been the source of staggering statistics -- an estimated 5.4 million dead, mostly from war-related hunger and disease, since the last war began in 1998, sucking in six neighbouring countries.

And, according to the new report, this continues.

Some 150,000 people have fled violence since the agreement, adding to the one million already displaced. According to the U.N., the deal itself has been violated 200 times in 180 days.

"Acute malnutrition rates have reached an alarming 17 percent in some areas, well above emergency levels," the report said, adding that armed attacks on aid workers trying to help those displaced were also increasing.

Congo is home to the U.N.'s largest peacekeeping mission and there are some 10,000 blue helmets in North and South Kivu, the provinces worst affected by the violence.

But the operation is thinly stretched across remote and rugged terrain and peacekeepers are seldom able to stop attacks.

The report calls for more commitment from all sides to the deal. But those experiencing the reality are cynical.

"The leaders of the government and the armed groups met in Goma and said they would bring us peace, but instead they kept fighting," an elderly displaced man told the report's authors.

"We are losing hope. We just want peace so we can go home."