Aid agency Oxfam International warned Monday that the tight restrictions placed by Israel on goods passing into Gaza risk sparking another septic system collapse like that which killed at least five people in March. 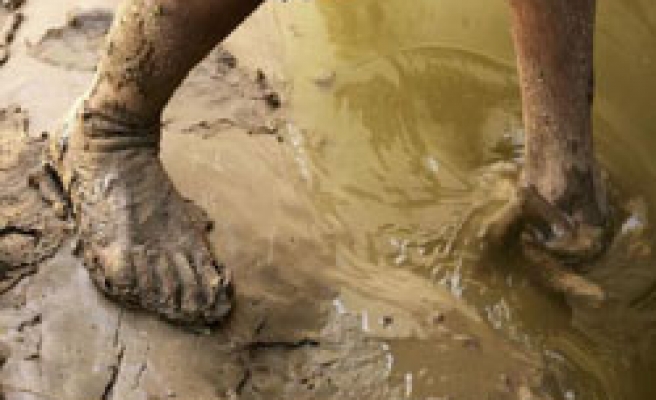 Aid agency Oxfam International warned Monday that the tight restrictions placed by Israel on goods passing into Gaza risk sparking another septic system collapse like that which killed at least five people in March.

Oxfam has been working with a local water utility to rehabilitate the north Gaza sewage treatment facility and clean up land around the village of Umm Al Nasr that has been contaminated by effluent.

But Oxfam has been waiting for more than three months for Israeli authorisation to deliver 500,000 dollars worth of equipment and has only 10 days of chlorine supplies left to keep water safe for residents to drink.

The agency said the utility now fears that the works could burst swamping up to 10,000 people in sewage and contaminating the water supplies of a further 300,000 people, creating a public health crisis.

Three women, one more than 70 years old, and two boys aged one and two died on March 27 when the water treatment reservoir burst, flooding Umm Al Nasr with what Palestinian teleivison described as a ”sewage tsunami”.

As far back as January 2004, UN aid agencies in the Gaza Strip had warned that the north Gaza sewage treatment facility was operating far beyond its capacity and posed a grave danger to nearby residents.

“Water equipment has been waiting at Gaza’s border for more than three months. These sanctions must cease immediately,” he said.

Oxfam called on Israel to lift the restrictions it has imposed on the flow of goods.

“At least 100 trucks a day need to be going into Gaza to meet people’s essential needs. Instead just 20 trucks are permitted to go in each day,” it said.

The agency called for the reopening of Gaza’s borders to be placed at the top of the agenda of a four-way summit to be held between Arab leaders and Israeli Prime Minister Ehud Olmert on Monday. Last Mod: 25 Haziran 2007, 15:42
Add Comment