Federal prosecutors in Miami are about to begin the trial of Jose Padilla, on charges of providing support for al-Qaeda linked groups. 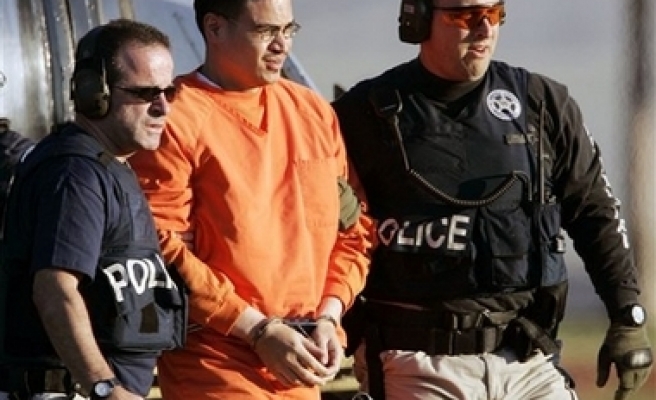 Federal prosecutors in Miami are about to begin the trial of Jose Padilla, on charges of providing support for al-Qaeda linked groups.

The civilian trial of Padilla and two co-defendants was set to begin on Monday and expected to continue well into August.

But the charges of conspiring to "murder, kidnap and maim" people overseas "pale in comparison to the initial allegations", according to Stephen Vladeck, a law professor at the University of Miami.

"This is a far cry from being a major front in the government's war on terrorism," he said.

Padilla had originally been designated an "enemy combatant" and he spent three-and-a-half years in a US military prison until he was transferred to civilian custody last year.

The US administration accused him of plotting to detonate a nuclear device inside the US, but he was never charged.

Instead, Padilla and his co-defendants, Adham Amin Hassoun and Kifah Wael Jayyousi, stand accused of being part of "support cell" providing recruits and money to al-Qaeda-linked groups.

The defendants had sought separate trials, but their motions were denied by Marcia Cooke, the district judge.

Cooke ruled that the government had ample evidence that the three were connected in a conspiracy: Hassoun and Jayyousi working as recruiters, fundraisers and suppliers, and Padilla as one of their recruits.

Carl Tobias, a University of Richmond law professor who has followed the case, said: "It makes it significantly more complicated than if they tried each one separately, but if it all fits together in a narrative it does make sense."

To prove a conspiracy, prosecutors will have to show that each of the three was involved in at least one act to provide material support to "terrorists".

In Padilla's case, prosecutors will present as evidence a form they say is an application to attend an al-Qaeda training camp in Afghanistan. They say Padilla completed the form in July 2000 and it bears his fingerprints.

"The most important piece of evidence against Padilla is that form," Vladeck said.

For Hassoun and Jayyousi, the prosecution will present more than 100 tapped telephone conversations, intercepted while the two were under FBI surveillance.

The conversations are mostly in Arabic and in them the defendants discussed family trips, sports and food, but prosecutors say they were using a code.

Jurors will also be asked to consider the meaning of items in Jayyousi's Islam Report newsletter.

The prosecution alleges that Hassoun used coded references to refer to weapons and military supplies.

They say he used words such as "soccer equipment" for guns and "tourism" for armed struggle.

For judge Cooke, it will be difficult to ensure that jurors are not swayed by media coverage of the case.

Jeffrey Harris, president of the Florida Association of Criminal Defence Lawyers, said: "This is a showcase trial that will be publicised all over the world. It doesn't get much bigger than this."

Cooke has also ordered that jurors hear no mention of the "dirty bomb" plots nor anything Padilla told interrogators during the three-and-a-half years he was held in military custody.

But the jury is not sequestered. Instead members have been repeatedly admonished not to pay attention to news accounts. Last Mod: 14 Mayıs 2007, 18:56
Add Comment