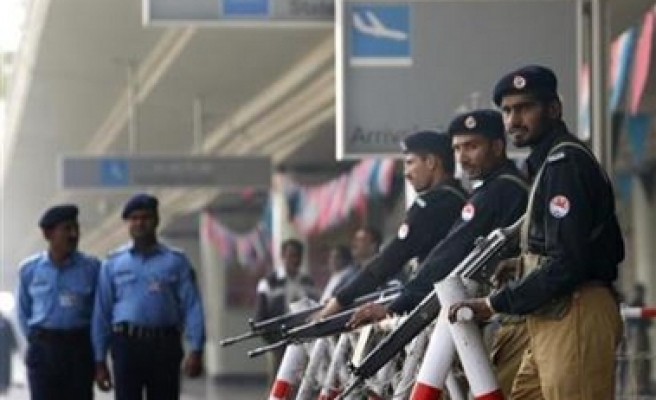 Explosives, some 1,400 rounds of ammunition, and a laptop containing "jihadi" material were found on the suspects, who were detained by paramilitary troops late on Thursday as they were travelling on a bus from the western province of Baluchistan to neighbouring Sindh, the officials said.

Interrogations revealed they were Turkish, and three were carrying Turkish passports, although they all had fake identity cards.

"They are between the age of 30 and 35 and were carrying identity cards showing them as Afghan refugees," said an intelligence official who spoke on the condition of anonymity.

"We have arrested them on suspicion they may have links to al Qaeda."

A Frontier Corps official said the men were arrested in Dera Murad Jamali town after a tip-off, and had been handed over to an intelligence agency.