Buses are the cheapest way to get around the teeming city for hundreds of thousands of people from low income families. 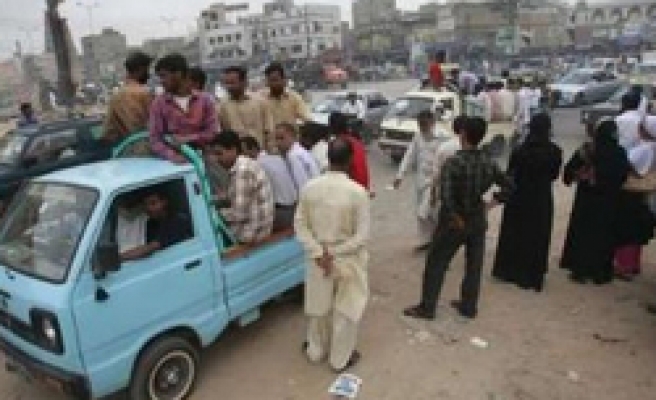 Public transport in the southern Pakistan city of Karachi came to a virtual halt on Tuesday after bus operators announced an indefinite strike following a sharp increase in fuel prices.

"This is injustice. We can't afford to run our buses on these rates," Irshad Bhukhari, chairman of Karachi Transport Alliance, the umbrella association for bus operators, told Reuters.

"This strike is purely to protest the high prices of oil. It is not for an increase in fare. We can't afford these prices."

Failure to adjust subsidised fuel prices in late 2007 and early 2008 resulted in a massive hole in the government's finances because of the surge in global oil prices.

A new government, formed in late March, is desperately trying to reduce the inherited budget deficit and has warned that any increase in world prices will be passed on to domestic consumers and subsidies will be phased out entirely by the end of 2008.

Buses are the cheapest way to get around the teeming city for hundreds of thousands of people from low income families.

"I want to go to Civil Hospital to see a doctor. There are no buses. And the rickshaw and taxi people are charging extra fares" said Kaniz Fatima, 65, as she trudged down a main road in the sweltering summer heat.