Pakistani rescuers struggled to reach tens of thousands of people left homeless by a tropical cyclone that devastated much of the country's coastline and killed 19 people. 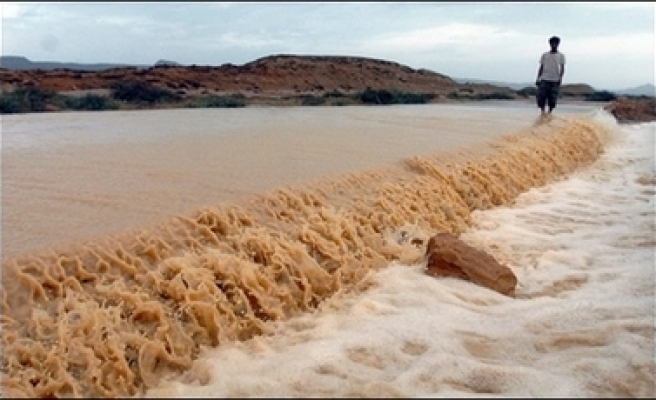 Pakistani rescuers struggled to reach tens of thousands of people left homeless by a tropical cyclone that devastated much of the country's coastline and killed 19 people.

Cyclone Yemyin roared in from the Arabian Sea and made landfall on Tuesday, packing winds of up to 130 kilometres (80 miles) per hour and bringing torrential rain.

Storm surges and flooded rivers inundated dozens of mud-brick villages in sparsely-populated Baluchistan province while key roads to the rest of the country were swept away, officials said.

"The cyclone has made at least 50,000 families homeless and destroyed or damaged around 20,000 houses in Baluchistan," provincial relief commissioner Khuda Bakhsh Baloch told AFP.

The number of homeless may go up as at least eight districts suffered "devastation" including Gwadar, the site of a multi-million-dollar deep sea port funded by China, and cannot yet be contacted.

"We have asked the authorities to arrange the immediate airlift of relief supplies to the affected areas as road links have been badly damaged," Baloch said.

But continuing rain was hampering aid efforts, said provincial government spokesman Raziq Bugti. "People need more assistance. We have relief helicopters ready but the weather is not permitting," he said.

Officials say 10 people died in Baluchistan while another nine were killed in neighbouring Sindh province, one of them a person who was electrocuted overnight in Karachi.

At the weekend more than 230 people were killed when another storm hit Karachi and nearby Baluchistan.

The damaged roads included the 550-kilometre coastal highway from Gwadar to Karachi, several sections of which were washed away. Around 1,000 vehicles were also stranded on another main road.

Rescuers were also trying to evacuate thousands of people from fishing villages on islands off the coast of Sindh province, of which Karachi is the capital, local fishermen's association leader Siraj Khoro said.

"People in these islands could not be evacuated because of a shortage of speedboats and other resources. We have asked the authorities to rush us the necessary equipment" he added.

Coast guards and the navy rescued 25 more people from two boats stranded in the sea but dozens of fishermen are still missing, he said.

"It has entered Iran now," Zaman told AFP. "The cyclone caused widespread heavy rainfall in Baluchistan last night, but the weather in most parts of the province is improving now," he said.