Pakistan and India paved the way for concluding higher level talks between them on April 23 over the Iran-Pakistan-India (IPI) gas pipeline project. 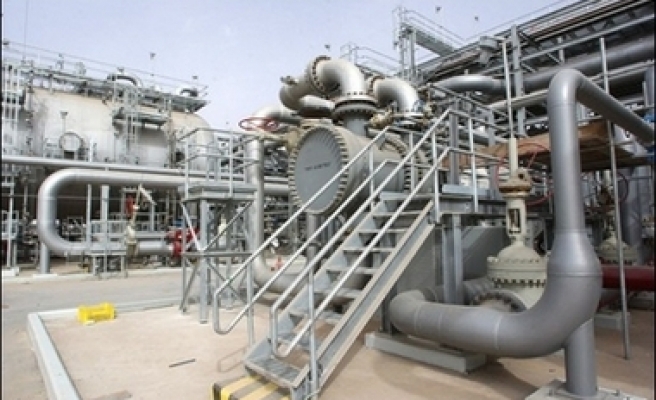 Pakistan and India have agreed to finalise their much-delayed bilateral tariff and transit fee issues to pave the way for concluding higher level talks between them on April 23 over the Iran-Pakistan-India (IPI) gas pipeline project.

Official sources said here yesterday that technical teams of both countries would meet in Islamabad between April 16 and 18 to firm up their recommendations to be discussed by the petroleum ministers of Pakistan and India in their meeting on April 23.

Both the sides had earlier resolved differences over transportation fee and they were now focussing on tariff and transit fee issues for Iranian gas to be transported to India through the Pakistani border.

When contacted, an official of the Ministry of Petroleum and Natural Resources said both technical as well as ministerial level talks were very important for gas pipeline project after which further meetings would be lined up with Iran in May.

"The Iranian side will be briefed next month about the outcome of talks between Pakistan and India," he said, expressing the hope that all lingering issues would be sorted out this month over gas pipeline project, costing $5.4 billion.

The official also said that both the sides would also discuss issues concerning $6 billion, 2,000km Turkmenistan-Afghanistan-Pakistan-India (Tapi) gas pipeline project. "Tapi is a parallel project that India and Pakistan are also discussing simultaneously," he said.

The Asian Development Bank (ADB), he said, is expected to invite officials of all the four countries in the third week of this month to revive the dormant Tapi gas pipeline project to ease energy crisis in the region.

However, there still exist various challenges to the Tapi project. They said that the security situation in Afghanistan and relations between Pakistan and India needed to be improved, and fuel subsidies in the two countries would have to be phased out.

The Tapi gas pipeline of 56-inch dia needs at least 30 billion cubic metres (BCM) of gas per year from Turkmenistan to reach Pakistan via Afghanistan.

The sources said senior Pakistani officials have been informed by Iran that it had sorted out 40 to 50 per cent "logistic issues" to undertake work on the Iran-Pakistan-India (IPI) gas pipeline.

Pakistan was told that Iran had asked India to join the project without caring for the opposition of the US. India conceded that while it continued to face pressures from the US for not joining the project, it cannot ignore its increasing gas requirements and that it was still interested to "pick up substantial quantities of gas from Iran."

Pakistan had also asked Iran to enhance gas volumes for Islamabad by 50 per cent under the pipeline project in case India stays away from the trans-national deal.

Pakistan would soon make a formal request to the Iranian side to allocate an additional 1.05 BCFD (billion cubic feet of gas per day), to Pakistan in case India fails to join the project.
Last Mod: 13 Nisan 2008, 17:26
Add Comment