A suicide bomb attack in northwest Pakistan has killed at least 26 people and wounded scores, including Aftab Ahmed Khan Sherpao, the interior minister. 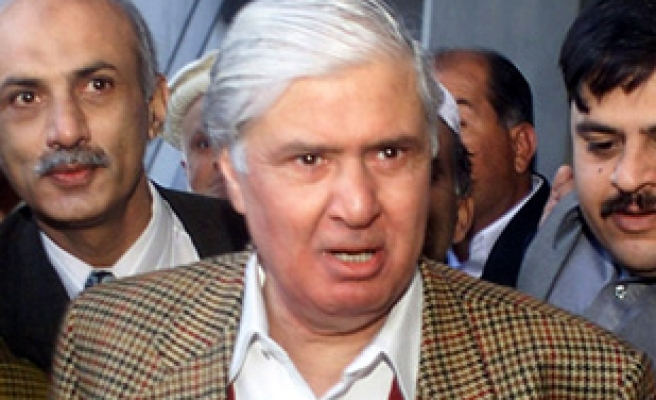 A suicide bomb attack in northwest Pakistan has killed at least 26 people and wounded scores, including Aftab Ahmed Khan Sherpao, the interior minister.

The bombing occurred as people gathered around Sherpao at the end of a public meeting in Charsada, a town 20km northeast of Peshawar, capital of North West Frontier Province.

Security guards blocked the attacker as he tried to get close to Sherpao, an intelligence official said. He detonated the bomb moments later.

"It was a target killing, and I was the target. It was a suicide attack. I have suffered minor injuries," Sherpao told Pakistan Television.

"It was not a big bang, it was a thud but the impact was massive. The attacker was apparently walking behind us," he said.

One of Sherpao's aides and several of his security detail were killed, and police said they had found the head and torso of the bomber.

Asif Iqbal Daudzai, information minister for the provincial government, said: "We have got the severed head of the bomber, and it is identifiable. He appears to be between 30-35 years old,"

He had also made enemies among the Afghan population for forcing many of them out of the country, Hyder said.

The border province has a large community of Afghan refugees, most living in camps.