Pakistan PM Gilani on Sunday said such accusations had hurt the peace process. 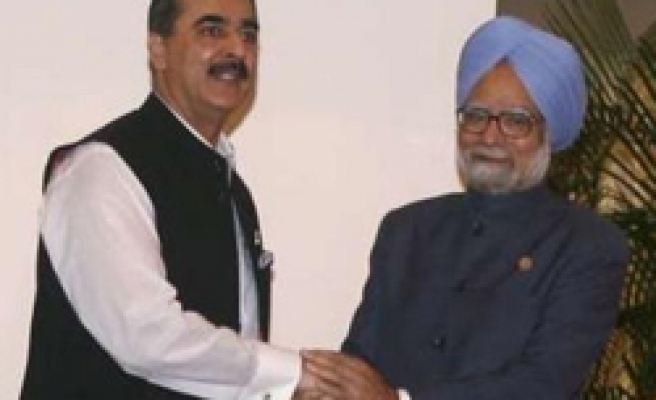 Pakistan's prime minister said there was no evidence linking his country to attacks on India, adding such accusations had hurt the peace process, a report said on Sunday.

Relations between the two sides thawed after a 2004 peace move, but a deep mistrust remains and a series of recent attacks in India and one in Afghanistan have infuriated New Delhi.

Both India and Afghanistan blamed Pakistan's spy agency for a July 7 attack on India's embassy in Kabul in which two Indian diplomats were among 58 people killed, prompting India to say the peace process was "under stress."

Pakistan premier Yousaf Raza Gilani's comments came a day after he promised his Indian counterpart to hold an inquiry into the alleged role of his spy agency in the Kabul attack.

"The Indian statement is not only surprising but shocking too," Gilani told Sri Lanka's Sunday Leader newspaper in an interview.

"There were also bombing incidents in Pakistan subsequently, but we have not pointed fingers at anyone as we believe in carrying out investigations before laying responsibility."

Despite their peace initiative, India and Pakistan have made little progress on resolving their main dispute over Kashmir -- that both claim in full but rule in part after gaining independence from Britain in 1947.

"Such baseless accusations serve no purpose other than vitiating bilateral atmosphere," he said.

"It is important that the blame game is avoided, as both countries have an institutionalised counter-terror mechanism which is functioning satisfactorily."

He was referring to a 2006 anti-terrorism mechanism they established to provide a platform for information exchange and assistance in investigations.

The language used after the meeting between the two prime ministers was much measured, with India's top foreign ministry official describing it as "a candid and open conversation between two people who both wanted to see a way forward in this situation."

An Asian diplomat told Reuters the atmosphere was surcharged after the Kabul attack, but it was impossible for India and Pakistan to abandon their peace process.

"What is the option? Fight each other?" the official said.