A spokesman for the Afghan National Directorate of Security (NDS) on Wednesday accused Pakistan's Inter-Services Intelligence (ISI) agency of organising the attack on Karzai. 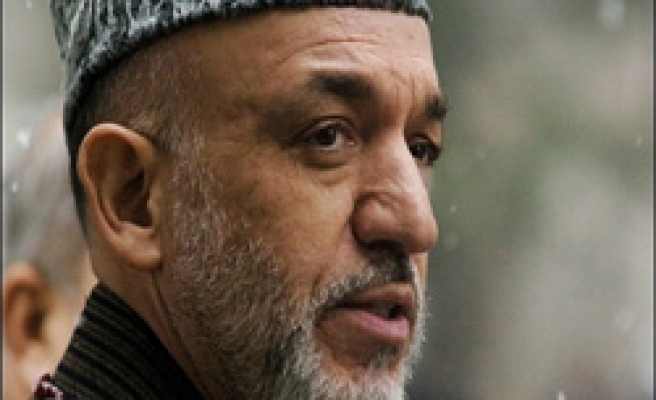 Pakistan rejected as concocted lies on Thursday an Afghan accusation that Pakistan's main security agency was behind an attempt to kill Afghan President Hamid Karzai in April.

A spokesman for the Afghan National Directorate of Security (NDS) on Wednesday accused Pakistan's Inter-Services Intelligence (ISI) agency of organising the attack on Karzai.

It was the first time Afghanistan had accused Pakistan of trying to kill Karzai, who has survived several assassination attempts since he took over soon after U.S.-led forces ousted the Taliban in late 2001.

Taliban insurgents fired on a parade in the Afghan capital, Kabul, on April 27 killing three people, including a member of parliament, but missing the president.

"It appears to be a concocted statement. They often made such statement to instigate but we don't accept it. We believe they are lying," Ahmed told Reuters.

"Such statements will have a negative impact on the ongoing war on terror. They should think and refrain from giving such statement against their partner in the war," he said.

The accusation came two weeks after Karzai threatened to send troops into Pakistan to attack Taliban insurgents in borders.

Karzai made his threat days after 11 Pakistani border soldiers were killed in a U.S. air strike.

Pakistani Foreign Ministry spokesman said he hoped the Afghans would adopt a "serious attitude" and not reignite a blame-game with "irresponsible and ill-considered" allegations.

"It's a bit surprising that such allegations are leveled," spokesman Mohammad Sadiq told a briefing. "Reports in international media suggest that the attack had something to do with a massive intelligence and security failure, or ... problems between the Afghan intelligence apparatus and the government."