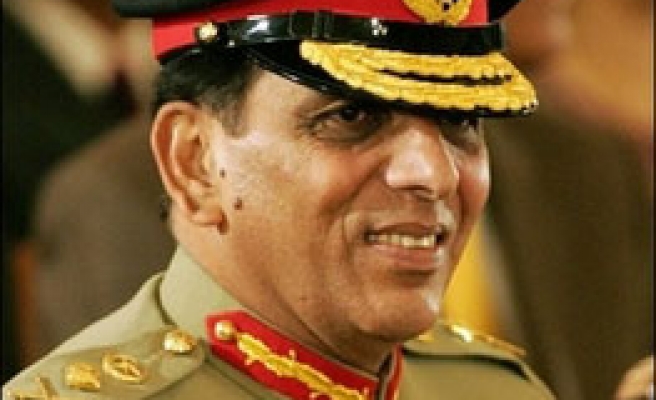 Top military appointments are closely watched in Pakistan, where generals have led the country for more than half the time since it was formed out of the partition of India in 1947.

US ally Musharraf, who came to power as a general following a coup in 1999, quit as army chief last November, and voters swept his political allies out of government in a parliamentary election on February 18.

There is speculation the increasingly isolated president could be forced by the new parliament to resign within weeks or months. In the meantime Kayani has steadily begun changing the top brass in the army.

The MI and Inter-Services Intelligence (ISI) are the Pakistani military's two main security agencies, and have worked closely with U.S. counterparts tracking Al Qaeda and the Taliban.

Ijaz headed MI for more than three years, the normal length of service. He has been appointed as General Officer Commanding, Bahawalpur, a city in the eastern province of Punjab, close to the Indian border.

Reports in February said that Ijaz was being replaced, citing Pakistani media. Analysts say Ijaz played a major role in the army's heavy-handed response to quell a revolt by a tribal chief in the Western province of Baluchistan in 2006.

He was also involved in Musharraf's failed attempt in March 2007 to force the Supreme Court Chief Justice Iftikhar Chaudhry to resign, a move that resulted in a clash with the judiciary and galvanised a previously ineffectual opposition.

Last month, Kayani changed the commanders of two of the army's nine corps, in the first reshuffle since Musharraf quit the army.