Pakistan approved on Tuesday the export of 50,000 tonnes of wheat to Afghanistan to avert a food crisis there and said exports to its landlocked neighbour would continue on a government-to-government basis. 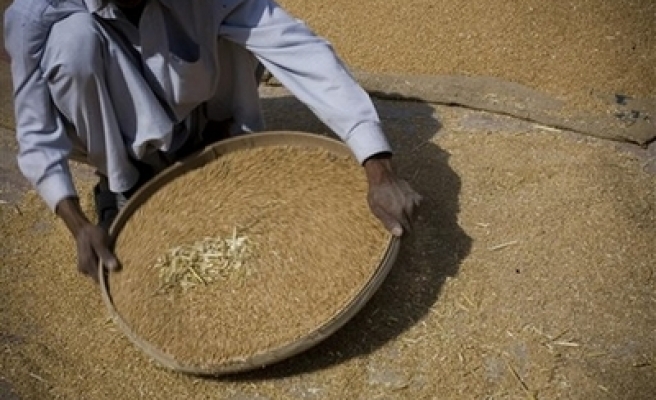 The Pakistani government also approved the immediate import of 250,000 tonnes of wheat, part of a targeted 1.5 million tonnes of imports this year, and said a surplus of rice would be exported but only after domestic needs were met.

Pakistan launched a crackdown on the smuggling of wheat flour to Afghanistan late last year as prices of the staple surged.

"The ECC approved the export of 50,000 tonnes of wheat to Afghanistan to avert food crisis in additional to their annual requirement," the prime minister's office said in a statement.

Gilani also directed that the export of wheat to Afghanistan should only be done on a government-to-government level while measures to check smuggling would be strengthened, it said.

Pakistan expected rice output of up to 5.5 million tonnes this financial year, ending on June 30, and domestic consumption would be a little over 2.2 million tonnes, the office said.

The surplus would be exported after domestic needs were met and domestic prices were stabilised, it said.

"While observing that the rice production is surplus in Pakistan, the ECC decided that the export of rice must be undertaken after meeting the domestic consumption and ensuring the stability of prices," the prime minister's office said.

Last month, the government raised the prospect of imposing curbs on rice exports if prices rose in the domestic market.

Rice, a high-value cash crop, accounts for about 8 percent of Pakistani exports and 1.2 percent of gross domestic product.

The U.N. World Food Programme has said nearly half of Pakistan's 160 million people are at risk of going short of food because of a surge in prices.

Rice prices in Pakistan have doubled in the past few months.

Some main rice-growing countries, such as Vietnam and India, have clamped down on shipments to cool domestic prices, but that has in turn fanned worries about shortages and has helped push global prices higher.