Pakistan's army test-fired a long-range, nuclear-capable ballistic missile on Monday, the military said, the second test since the weekend. 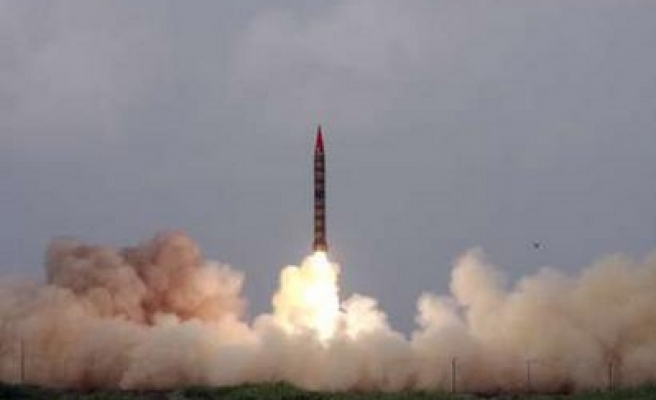 The launch marked the culmination of a field training exercise for the Hatf-VI (Shaheen-II), which included a test firing on Saturday.

"It validated the operational readiness of a strategic missile group equipped with (the) Shaheen-II missile," the military said in a statement, referring to Monday's test.

The missile, with a range of 2000 km (1,200 miles), is a two-stage solid fuel weapon which can carry both conventional and nuclear warheads, the military said.

Nuclear-armed Pakistan and India routinely carry out missile tests despite a peace process they launched in early 2004.

The South Asian neighbours, who conducted tit-for-tat nuclear weapons tests in 1998, inform each other of missile tests in advance.

Indian Foreign Minister Pranab Mukherjee is due to visit Pakistan next month for a review of the peace process.