A Pakistani court acquitted the brother of former prime minister Nawaz Sharif on Saturday in a case of unlawful killing, paving the way for him to contest a by-election, his lawyer said. 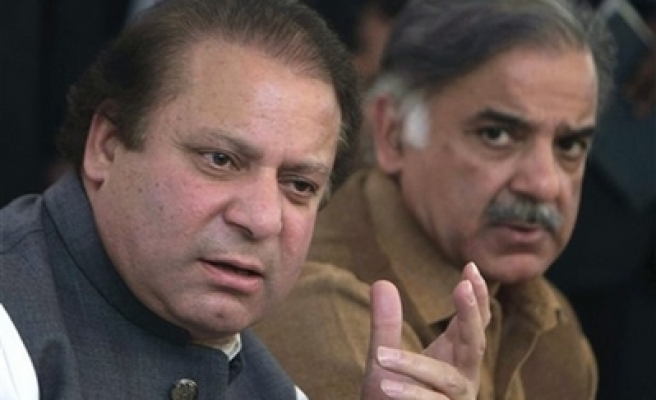 Both Sharif brothers, Nawaz, the prime minister President Pervez Musharraf ousted in a 1999 coup, and his politician brother Shahbaz, were barred for legal reasons from standing in the Feb. 18 polls, in which their party came second.

A court in the city of Lahore acquitted Shahbaz Sharif on Saturday over accusations of involvement in the extra-judicial killing of five men in 1998, when he was the chief minister of Punjab province.

The court ordered Sharif's acquittal after the complainant, Saeed-ud-Din, the father of one of the men killed, withdrew his case against Sharif, his lawyer, Imtiaz Kafi, told Reuters.

"After recording the statement of the complainant, the court acquitted Shahbaz Sharif," Kafi said.

The Sharifs are in talks with the Pakistan People's Party of assassinated former prime minister Benazir Bhutto on a coalition government while aiming to get re-elected, which they have to do to get top government posts.

Shahbaz Sharif is expected to become chief minister of Punjab, Pakistan's richest province and home to half its 160 million people, where their Pakistan Muslim League (Nawaz) party won in the legislative elections.

With the legal case cleared, Shahbaz Sharif can contest a by-election.

Musharraf allowed both the Sharifs to return home in November after seven years of exile in Saudi Arabia.

They are now calling for Musharraf to step down but he says he has no intention of quitting.