Dawn newspaper said that "The coalition must quickly nominate and elect a joint candidate as president and avoid lengthy political bargaining." 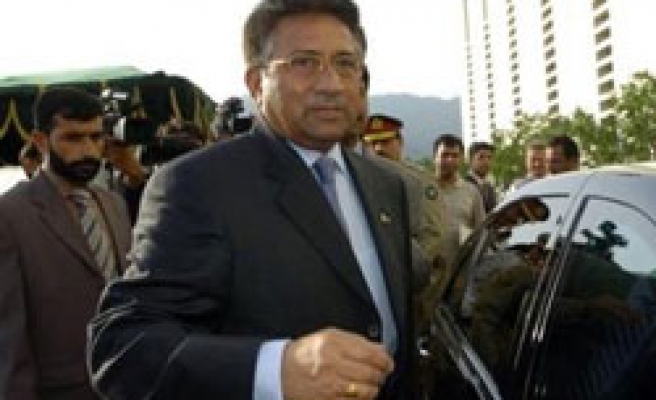 Pakistani newspapers cheered the resignation of Pervez Musharraf as president and said on Tuesday that the coalition government now had no excuse not to tackle a deteriorating economy and militant violence.

Musharraf quit on Monday to avoid impeachment charges, nearly nine years after the key U.S. ally in its campaign against terrorism took power in a coup.

Many Pakistanis celebrated the departure of the unpopular president, and financial markets rallied on an end to the political wrangling over his fate.

Newspapers also welcomed an end to the confrontation between the president and the coalition government, led by the party of assassinated former prime minister Benazir Bhutto, and said the government now had to turn to the country's problems.

"Determining what the priorities should be is not difficult: militancy, the economy and relations with India and Afghanistan need to be addressed urgently," the Dawn newspaper said.

"Solutions, however, may prove more elusive ... But at the very least, the politicians must show the same purpose and focus in dealing with the problems that they have demonstrated in taking on the president," it said in an editorial.

Dawn said the restoration of judges Musharraf purged last year and the election of a new president had to be addressed immediately.

"The coalition must quickly nominate and elect a joint candidate as president and avoid lengthy political bargaining," Dawn said.

The News newspaper, a fierce critic of Musharraf, said the former president had been unable to acknowledges his mistakes.

However, it said his era did include important success, including expanding the role for women in the public sphere, improving the lot of minorities and a thriving private media.

The newspaper also praised the powerful army for not intervening to back up its old boss, and said Musharraf's resignation brought hope.

"It is time for the elected government to show people their ballots were not wasted," the News said.

"The coalition partners must demonstrate they are capable of insightful leadership, political wisdom and can live up to the task of guiding the country ... With Musharraf gone they no longer have an excuse for failure."

The Urdu-language Jang newspaper called for an end to the "politics of revenge and hatred".

"The coalition has won an important battle so it has to work on an emergency basis to resolve the economic crisis and the announcement of a relief package for the people should be a government priority," it said.

The English-language Daily Times said it was too early for a definitive judgment on Musharraf.

"His legacy is undeniably there and the good that he did must stand, even though this is too emotional and passionate a moment to dwell on it with any degree of objectivity," it said.

Questions still hang over Musharraf's fate. There has been no word on whether he will get immunity from prosecution and be allowed to live freely in Pakistan although Musharraf said in his resignation speech he was asking for nothing.

"The fact that he did not bad-mouth the government in his speech should enable him to live in peace in Pakistan. But whether this will be possible or not still remains to be seen," the Daily Times said.