A senior-most police official in Quetta said that "They had a car ready, filled with explosives to strike in the city." 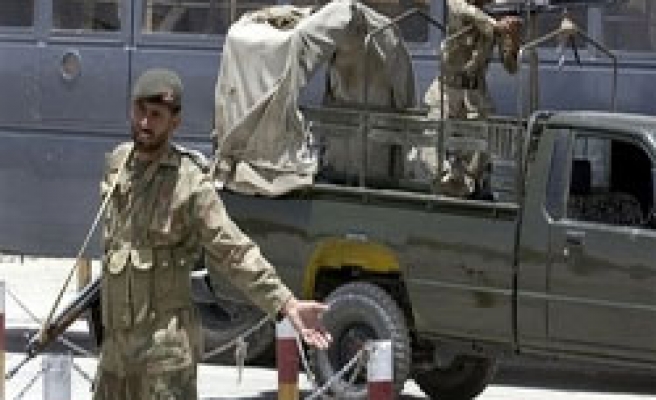 Pakistani police arrested six Afghans and recovered 450 kg (about 1,000 pounds) of explosives and more than a dozen detonators during a raid in the southwest city of Quetta, security officials told Reuters on Monday.

"They had a car ready, filled with explosives to strike in the city," Mohammad Akbar Arain, the senior-most police official in Quetta, the capital of Baluchistan province.

"I can't give you exact details but I can tell you that their handler is not here but settled across the border," he said, referring to Afghanistan.

Relations between Pakistan and Afghanistan are at a low after Afghan President Hamid Karzai accused Pakistani intelligence of being involved in a suicide car bomb attack that killed 58 people outside the Indian embassy in Kabul earlier this month.

The Afghan government has said in the past that Taliban leader Mullah Mohammad Omar and other commanders have been directing the insurgency in Afghanistan from Quetta.

Both Pakistan and the Taliban have denied this, and say Omar is with Taliban fighters in Afghanistan.

Separately, security forces detained a man suspected of being a senior Taliban commander from a house on the outskirts of Quetta a few days ago.
Officials, speaking on condition of anonymity said the man was under interrogation and his identity had still to be confirmed.

"We conducted a raid three days ago based on very credible information that some important Taliban figures were hiding with an Afghan family there," a senior intelligence official in Quetta, who requested anonymity, told Reuters.

"We suspect he could be a Taliban commander, he said.

Pakistan has made few arrests of major Taliban figures, and Western officials have long suspected that the Pakistani security apparatus turns a blind eye to their presence, though they say there were recent signs of change and arrests have been made, though not publicised.

If a major arrest were confirmed it would be timely.

Pakistan's chief military spokesman said he had no knowledge of any arrest, though officials seldom go on the record to confirm the arrest of Taliban.