Pakistan's ambassador to Afghanistan, who went missing in February in the Khyber region, appeared on Arabic television on Saturday. 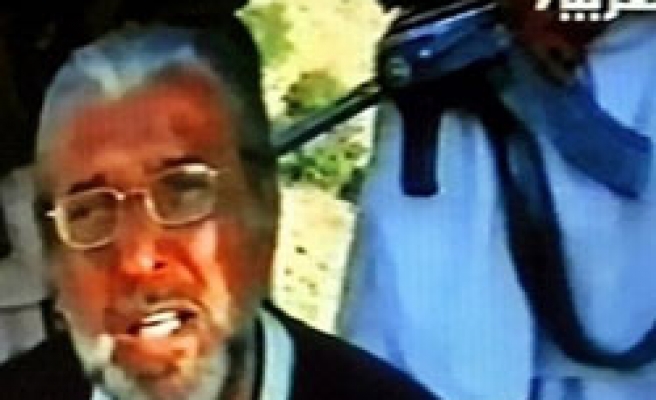 Pakistan's ambassador to Afghanistan, who went missing in February in the Khyber region, appeared on Arabic television on Saturday saying he was being held by the Taliban and urged Islamabad to meet their demands.

Ambassador Tariq Azizuddin appeared in a video tape on Al Arabiya television surrounded by armed fighters to make his first public statement since going missing.
"We were kidnapped by mujahideen from the Taliban," the ambassador, wearing an open-necked shirt and looking calm, said in the remarks which were translated into Arabic.

"I suffer health problems such as high blood pressure and heart pains," said the bespectacled and grey-bearded ambassador, who gestured to his armed captors against a background of rugged, arid mountains.

Scores of people have been kidnapped in the dangerous border region between Afghanistan and Pakistan and the ambassador's disappearance highlighted instability in nuclear-armed Pakistan -- a major ally in the U.S.-led crackdown on fighters.

The Pakistani government had not publicly confirmed he had been kidnapped but a senior government official said on Saturday he was being held by fighters who were demanding the release of their arrested colleagues.

The ambassador was on his way to Kabul from the northwestern Pakistani city of Peshawar when he disappeared along with his driver and bodyguard in the Khyber tribal region. It was not clear what had happened to his driver and guard.

A Pakistani security official said at the time the envoy was to have changed cars at the border but did not show up and was believed to have not reached the border. Afghanistan's President Hamid Karzai had said he was sure the envoy had been snatched.

The historic Khyber Pass is the main road link to landlocked Afghanistan in northwestern Pakistan.

Khyber is notorious for smugglers and bandits, but unlike other parts of the tribal belt on the Afghan border it has been relatively free of violence linked to al Qaeda and the Taliban, though fighter activity has picked up in adjoining regions.

Scores of people were killed late last year in clashes between tribal fighters loyal to two rival clerics in Khyber.

The security situation in Pakistan has deteriorated markedly since mid-2007, mainly in the northwest, with fighters linked to the Taliban and al Qaeda carrying out suicide bombings.

More than 600 people have been killed in fighter related violence since the beginning of this year alone.Pakistan's ambassador says held by Taliban-TV