U.S. Secretary of State Condoleezza Rice is expected to press Arab nations to make good on their pledges of aid, arguing that it is vital to support Palestinian President Mahmoud Abbas as he seeks to negotiate peace with Israel. 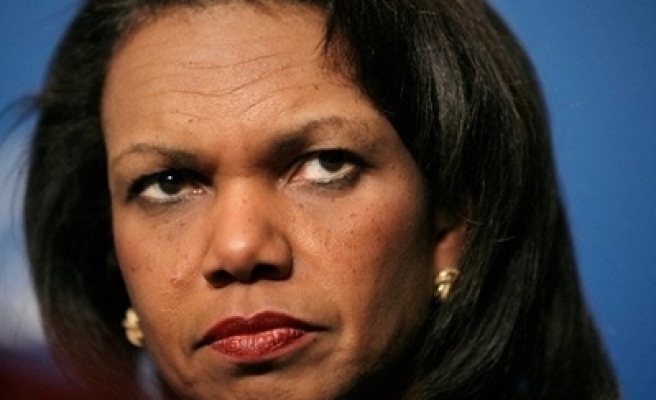 Donor nations meet on Friday to discuss aid to the Palestinian Authority among recriminations that some have been slow to provide promised money and doubts about a U.S.-backed Middle East peace effort.

U.S. Secretary of State Condoleezza Rice is expected to press Arab nations to make good on their pledges of aid, arguing that it is vital to support Palestinian President Mahmoud Abbas as he seeks to negotiate peace with Israel.

Negotiations between the two sides have shown no visible progress since they were launched with fanfare in November when U.S. President George W. Bush hosted a peace conference in Annapolis, Maryland.

Speaking as she flew to London, where she will also have talks on Iran and Kosovo and a three-way session with Palestinian Prime Minister Salam Fayyad and Israeli Foreign Minister Tzipi Livni, Rice said the two sides were "making progress".

Without citing any by name, Rice exhorted donors that have pledged money to the Palestinian Authority to actually pay up.

A senior U.S. official, who spoke to reporters on condition he not be named, made clear Washington had in mind oil-rich Arab states whose contributions he called "woefully short".

Of $717.1 million in budget support for the Palestinians promised by Arab League members, only $153.2 million has been delivered, all of which came from three countries: Saudi Arabia, the United Arab Emirates and Algeria.

An Arab diplomat said many countries in the region were losing hope that Bush's peace effort was making headway.

"There is a sense of frustration that there aren't tangible dividends," said the diplomat, who spoke on condition that he not be named. "While people understand you can't negotiate in public, there are no indications that negotiations have gone well and the indications on the ground are getting worse."

Fayyad, who will attend Friday's donors meeting, said there had been little progress on removing the network of checkpoints and road blocks on the West Bank.

"Very little has happened if anything indeed on checkpoints or roadblocks," Fayyad told reporters in London. "The count as of the 24th of (April) was about 600 checkpoints, roadblocks, physical barriers all around the West Bank."

From London, Rice travels to Israel and to the Palestinian territories this weekend to try to nurture the peace talks, which aim to reach some form of agreement by the end of 2008.