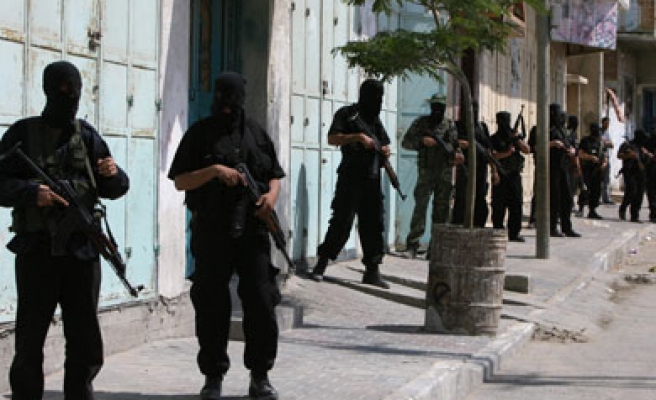 President Mahmoud Abbas declared a state of emergency Thursday and dismissed the Hamas-led Palestinian Authority government, an aide to the Palestinian leader said. It comes after four days of fierce fighting that has left Hamas in control of much of Gaza. Hamas earllier announced that Gaza is now under its Islamic rule, the first step to becoming an Islamic state.

An aide to Mr Abbas, Tayeb Abdel Rahim, announced the president's decision in the West Bank town of Ramallah.

"I [Abbas] have issued the following decree: the sacking of Prime Minister Ismail Haniya," AFP news agency quoted him as saying.

"Second, the proclamation of the state of emergency in all the Palestinian fighters because of the criminal war in the Gaza Strip, the taking over of the security services of the Palestinian Authority, the military coup and the armed rebellion by outlaws."

Mr Abbas was determined to "go back to the people", or hold elections, as soon as the situation was calm and allowed arrangements to be made, Mr Rahim added.

"Prime Minister Haniya remains the head of the government even if it was dissolved by the president," he told Reuters news agency.