Rami Masharaka, director of Watanuna Palestinian Youth, said the lawsuit would also refer to the time of the British Mandate for Palestine. 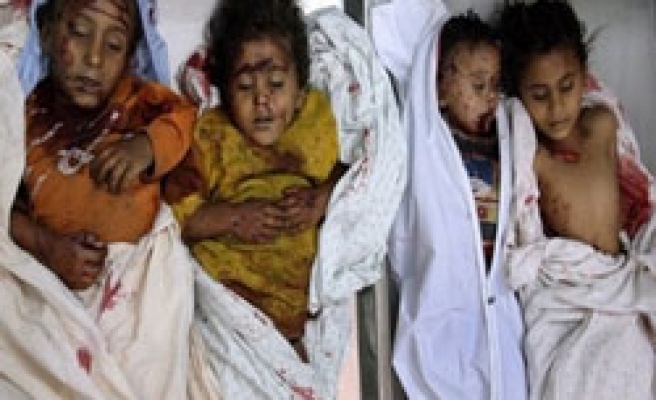 Israeli newspaper reported a Palestinian youth group announced Saturday that it plans to demand compensation from the British government for committing a series of crimes against the Palestinians.

Jerusalam Post quoted representatives of the Watanuna (Our Homeland) Palestinian Youth as saying the biggest crime the British government committed was when it promised a homeland for Israel in the 1917 Balfour Declaration.

The report added they said they were also planning to collect a million signatures from Palestinians in support of the lawsuit against Britain.

Ali Ubeidat, a spokesman for the youth group, whose members include many university students, said preparations had already begun to file the suit in a British court.

He said the decision to go after the UK government came after a thorough study of all the legal aspects related to Britain's responsibility for the Palestinians' "nakba" (catastrophe), the "establishment" of the state of Israel in 1948.

"We hold Britain responsible for the suffering of the Palestinian people over the past 60 years," Ubeidat said. "It's time for Britain to bear the moral and political responsibility for this suffering. The British people should be among the first to support the rights of the Palestinians."

The organizers began collecting signatures over the weekend from Palestinian youth in the West Bank, Gaza Strip, Israel and overseas.

Rami Masharaka, director of Watanuna Palestinian Youth, said the lawsuit would also refer to the time of the British Mandate for Palestine.

He said his group had begun collecting testimony and other evidence about Britain's practices back then, especially "its policy of expelling the Arabs from their homeland."

Calling on all Arabs to support the initiative, Masharaka said hundreds of volunteers were planning to visit Palestinian refugee camps in Arab countries in the context of preparations for filing the lawsuit. Other volunteers would collect evidence from Palestinians living in Europe and the US, he added.

The organizers did not say how much money they were planning to demand from the British government.
Last Mod: 30 Haziran 2008, 14:58
Add Comment