Leaders from three Palestinian groups headed to Cairo on Monday for talks with Egyptian intelligence officials on a possible Gaza Strip truce with Israel, Egyptian security and border sources said. 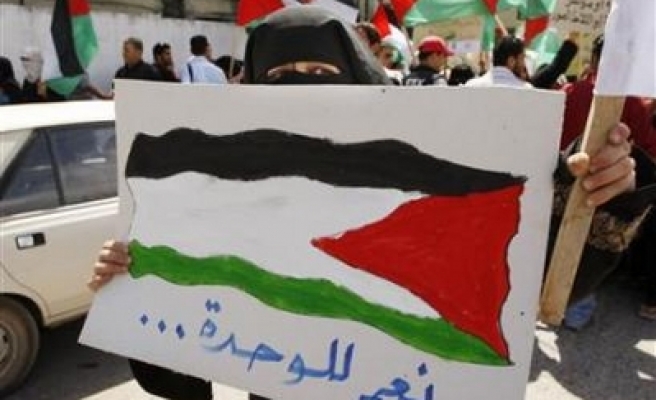 The leaders then headed to Cairo via three buses in a security convoy, the sources said.

Hamas proposed a six-month truce between Israel and the Palestinians in the Gaza Strip on Thursday, with an option to extend it to include the West Bank. It would also include an end to the Israeli blockade of the Hamas-run coastal strip.

Hamas leader Mahmoud al-Zahar said at the time that other Palestinian factions including Islamic Jihad and leftist groups based in Damascus had preliminarily approved the offer, which Israel has dismissed.

Egyptian security sources said each of the factions would meet with security officials separately on Tuesday and Wednesday, but a general meeting with all the groups together had not yet been set.

The sources said the talks would also focus on possibly re-opening the Rafah border.

But Hamas said on Saturday it was waiting for an official Israeli response, and Hamas leader Khaled Meshaal said he would wait until Egyptian mediators met with Israeli officials to relay the ceasefire proposal before deciding how to react.

The Hamas offer, issued following talks with Egyptian mediators, departed from previous demands by the group that any ceasefire apply simultaneously in Gaza and the Israeli-occupied West Bank -- both territories where Palestinians want statehood.