The Palestine National Theatre joins companies from a number of nations ranging from Turkey, Bosnia and Georgia to Iran, Lebanon and Poland 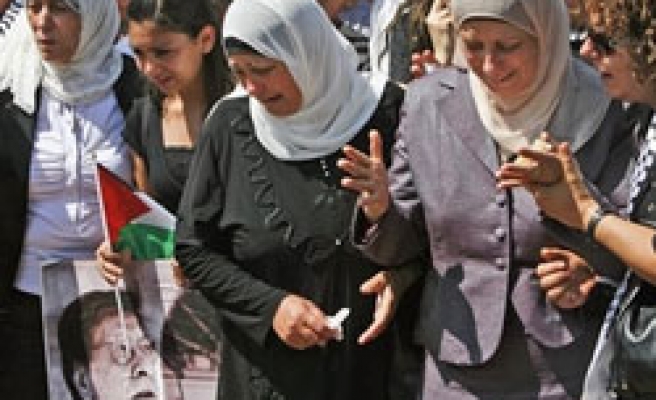 The Palestine National Theatre is putting on a play based on a poem by Mahmoud Darwish at the Edinburgh International Festival dedicated to the acclaimed Palestinian poet who died last Saturday.

The Palestine National Theatre joins companies from a number of nations ranging from Turkey, Bosnia and Georgia to Iran Lebanon and Poland.

Director Amir Zuabi said the company will perform Jidariyya -- Mural -- for four nights from Thursday at the Royal Lyceum Theatre in the Scottish capital.

"It is all very strange and sad for us, but he still lives on in his words and his spirit and his generosity," Zuabi told Reuters after his arrival in Edinburgh.

Darwish was regarded as the Palestinian's national poet and a major literary figure in the Arab world, giving voice to the sense of loss, exile and defiance of the Palestinian people. He died after heart surgery in a Houston hospital in the United States last Saturday aged 67.

There is great poignancy in Jidariyya itself.

In the play, a barely conscious poet after heart surgery is haunted by memories and is forced to face up to his life, his art and his mortality.

"He muses on the poems he did not write, on his first love, his dreams and all the experiences that make up his personality and his culture," a precis of the play says.

"The triumph of poetry over death signals the dawning of resurrection," Darwish himself wrote.

Zuabi said Jidariyya had two meanings in Arabic: one, mural, and the other the name given to a wall covered by ivy. "So it has that double meaning of life clinging on and some piece of art that stays for centuries."

The director said the theatre's performance of Jidariyya was dedicated to the poet "not by having a ceremony but by the fact that we will be celebrating his work on the stage."

The theme of this year's international festival in Edinburgh, the biggest annual arts festival in the world, is "actors without frontiers".