Workers in the Palestinian territories occupied by Israel have suffered another year of drastic decline in living standards and rising poverty, unemployment, social disintegration and political chaos. 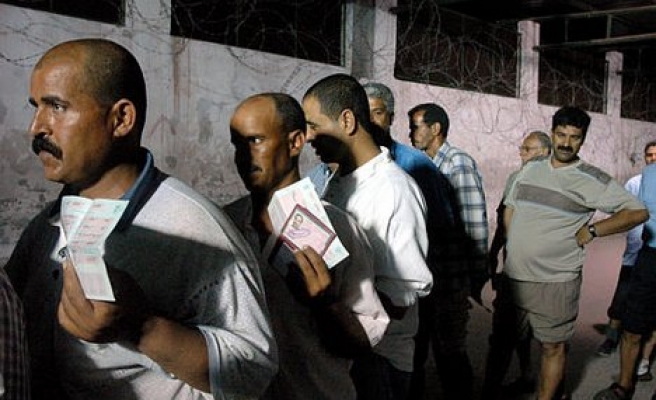 Workers in the Palestinian territories occupied by Israel have suffered another year of drastic decline in living standards and rising poverty, unemployment, social disintegration and political chaos, the International Labour Organisation (ILO) said in a new report.

The proportion of households below the poverty line increased 26 per cent between March 2006 and March 2007, according to the report released on Monday, which is based on the findings of high-level missions sent by the ILO in April to Israel and the occupied Arab territories.

Per capita gross domestic product (GDP) dropped 40 per cent in those areas between 1999 and 2006.

Seven out of 10 households, comprising around 2.4 million people, are living in poverty in the occupied territories, says the report, which will be studied at the May 30-Jun 15 sessions of the International Labour Conference, held every year in Geneva.

ILO Director General Juan Somavi said the situation in the occupied territories is desperate. The violence has not ceased, and continues to affect both Palestinian and Israeli civilians, although to differing degrees of intensity, he said.

Somavi said economic activity in the occupied areas has been dramatically reduced, which has driven up poverty and unemployment, while making employment more and more precarious and hard to find. At the same time, companies are finding it increasingly difficult to operate because of the rise in logistics costs, and paycheques have become irregular, he added.

The head of the ILO stressed three aspects: that travel permits and control posts govern daily life for people in the occupied territories; that the Palestinian Authority has had to deal with a sharp reduction in funds; and that infighting and clashes between political parties has further complicated the situation.

The Western financial embargo on the Hamas-led government put in place after the elections has had devastating effects on the Palestinian people and economy, says the ILO.

That was aggravated by Israel's suspension of tax transfers to the territories, which has caused an estimated average monthly loss in income of $60 million. Altogether, the sanctions have led to a 50 per cent loss in revenues for the Palestinian Authority.

Another factor was the imposition of even stiffer restrictions on the movement of persons and goods, which have reduced to a minimum the functioning of the economy of the occupied territories.

Palestinian market access, both within and outside the territories, is strictly controlled by the Israeli Defence Forces (IDF).

The ILO says the Palestinian Authority, international donors and Israel should support entrepreneurs and workers to help consolidate businesses, encourage new investment and diversify the economy.

"This could contribute to fostering security and moving closer to a long-term negotiated solution to the conflict" the report adds.

"Reducing and removing barriers to the mobility of persons and goods within the territories, between Gaza and the West Bank and with the outside world, while ensuring security in Israel, is foremost among the measures that could avert the mounting economic and social crisis in the occupied territories" it says.

The ILO warns that the social fabric in the occupied territories is under the strain of a persistent high level of employment, especially among the young, and unprecedented levels of poverty and violence, including the deterioration of the rule of law. Almost half 46 per cent of the 2.4 million people in the occupied Palestinian territories are under 14 years of age, and the birth rate is a high 2.8 per cent a year. Last Mod: 31 Mayıs 2007, 14:22
Add Comment