Best known for his work describing the Palestinian struggle for independence, the experience of exile and factional infighting, Darwish was a vocal critic of Israeli policy and the occupation of Palestinian lands. 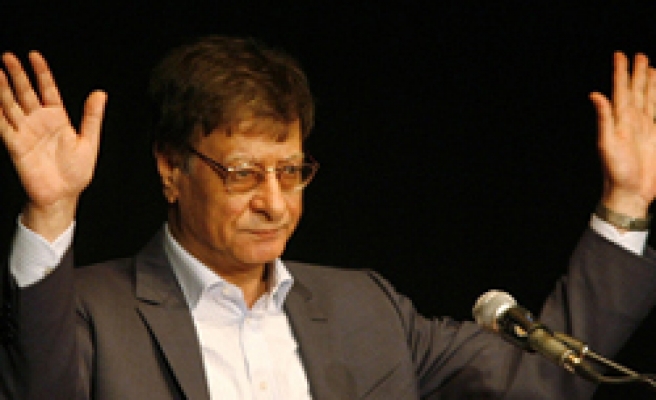 Mahmoud Darwish, whose poetry his fellow Palestinians embraced as the voice of their suffering, died on Saturday after heart surgery in Texas.

"The passing of our great poet, Mahmoud Darwish, the lover of Palestine, the pioneer of the modern Palestinian cultural project, and the brilliant national leader, will leave a great gap in our political, cultural and national lives," Abbas said.

"Words cannot describe the depth of sadness in our hearts," he added. "Mahmoud, may God help us for your loss."

The death of a man whose life and words were tightly bound up in a struggle for a Palestinian national rebirth when his first work was published in 1960 immediately triggered a wider outpouring of popular emotion.

As news from Houston filtered through, people, some weeping, gathered round candles in the darkened streets of Ramallah. The poet had made his home in the West Bank city since returning in the 1990s from a long exile during which he rose to prominence in Yasser Arafat's Palestine Liberation Organization (PLO).

Palestinian television interrupted programs to air film of Darwish, the "national poet," reading from his work. Officials said his body would be flown back for burial in Ramallah.

He won new generations of admirers with work that evoked the pain of Palestinians displaced, as he was as a child, by occupation of Israel 60 years ago, but also did not shrink from criticism and touched on broader human themes, like love.

An intensely private man who largely lived alone, he enjoyed a mass following across the Arab world, where he had the kind of readership contemporary poets in other languages only dream of.

Philosophy professor Abdel-Rahim al-Sheikh was choked with emotion: "I cannot speak now. My soul is not helping me."

Just last month Darwish packed out a hall for a reading in Ramallah and millions watched on television an event to mark the 60th anniversary of the Palestinian "Nakba," or catastrophe.

In 1948, Darwish was among that half of the Arab population of Palestine driven from their homes, in his family's case near the port of Haifa. They later returned to live in the area.

In 1988, Darwish said he wanted an end only to their occupation of the West Bank and Gaza Strip: "So leave our land. Our shore, our sea. Our wheat, our salt, our wound," he had written.

"Take your portion from our blood and go away."

In 2000, an Israeli minister proposed adding Darwish to the school curriculum -- but the proposal went no further.

Darwish served on the executive committee of the PLO but broke with Arafat when the two disagreed over the 1993 Oslo accords on establishing a Palestinian state alongside Israel.

Best known for his work describing the Palestinian struggle for independence, the experience of exile and factional infighting, Darwish was a vocal critic of Israeli policy and the occupation of Palestinian lands.

Many of his poems have also been put into music - most notably Rita, Birds of Galilee and I yearn for my mother's bread, becoming anthems for at least two generations of Arabs.

"He felt the pulse of Palestinians in beautiful poetry. He was a mirror of the Palestinian society," Ali Qleibo, a Palestinian anthropologist and lecturer in cultural studies at Al Quds University in Jerusalem said.

Last year, Darwish recited a poem damning the deadly infighting between rival Palestinian groups Hamas and Fatah, describing it as "a public attempt at suicide in the streets".

Record!
I am an Arab
And my identity card is number fifty thousand
I have eight children
And the nineth is coming after a summer
Will you be angry?
Record!
I am an Arab
Employed with fellow workers at a quarry
I have eight children
I get them bread
Garments and books
from the rocks...
I do not supplicate charity at your doors
Nor do I belittle myself
at the footsteps of your chamber
So will you be angry?
Record !
I am an Arab
I have a name without a title
Patient in a country
Where people are enraged
My roots
Were entrenched before the birth of time
And before the opening of the eras
Before the pines, and the olive trees
And before the grass grew.
My father...
descends from the family of the plow
Not from a privileged class
And my grandfather...was a farmer
Neither well-bred, nor well-born!
Teaches me the pride of the sun
Before teaching me how to read
And my house
is like a watchman's hut
Made of branches and cane
Are you satisfied with my status?
I have a name without a title!
Record!
I am an Arab
You have stolen the orchards
of my ancestors
And the land
which I cultivated
Along with my children
And you left nothing for us
Except for these rocks...
So will the State take them
As it has been said?!
Therefore!
Record on the top of the first page:
I do not hate people
Nor do I encroach
But if I become hungry
The usurper's flesh will be my food
Beware...
Beware...
Of my hunger
And my anger!


If you find yourself alone…

If you find yourself alone, tell yourself:
Exile has altered its features…
Wasn't Abu Tammam afflicted before you
when he met himself:
"You are not you and
home is not home…"
Things carry your patriotic feelings for you:
A wild flower grows in your deserted corner,
a sparrow pecks the letter "H"
of your name into the broken bark
of a fig tree
and a bee stings your outstretched hand
as you reach for the goose down
on the other side of that fence.
And as for you:
The mirror has let you down,
you…and not you, say:
"Where have I left my face?"
You search beyond everyday things
for your feelings,
a happiness that cries and
a disappointment that chuckles…
Have you found yourself now?
Tell yourself: I found myself alone,
missing two moons,
but home is home.