Violence in the Gaza Strip has killed at least eight more people, raising the toll to 55 in four days of the fiercest internecine fighting in months, hospital officials said. 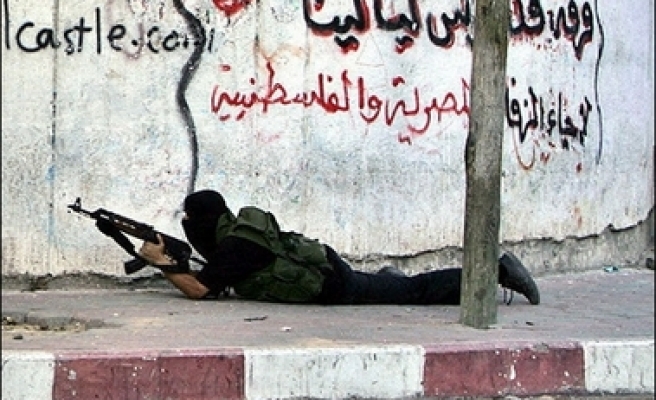 Violence in the Gaza Strip has killed at least eight more people, raising the toll to 55 in four days of the fiercest internecine fighting in months, hospital officials said.

Early on Wednesday, Hamas supporters attacked an area near the home of a Fatah official, killing six of the group's men, Fatah officials said.

Two other Fatah fighters were killed by Hamas forces in central Gaza and 10 others were wounded, hospital officials said.

Hamas said it had taken over several posts from Mahmoud Abbas’s - the Palestinian president and leader of Fatah - National Security Force in the fighting.

Hamas said Fatah fighters fired a rocket-propelled grenade against the house of its deputy minister of information, setting the house ablaze but causing no injuries.

A Palestinian minister warned on Wednesday that the violence could spread to the West Bank, which is relatively calm.

Ziad Abu Amr, the Palestinian foreign minister and a political independent, warned that the violence in Gaza could spread to the West Bank, which suffers 70 percent unemployment, if nothing is done.

"The idea now is to see how we can salvage the situation," he said during a visit to Tokyo.

"If you have two brothers put into a cage and deprive them of basic essential needs for life, they will fight."

"I don't think we should put the blame on the victim."

The head of an Egyptian security delegation in Gaza, that has tried to mediate over the past months, called for a rally at 11am (08:00 GMT) to demand that fighters surrender their arms.

Fatah's leaders said on Tuesday they would quit the three-month-old unity government they joined under Ismail Haniyeh, the prime minister and a Hamas leader, if the fighting did not end.