The Palestinian government has deployed a police force across Gaza as part of a new security plan to curb sectarian violence. 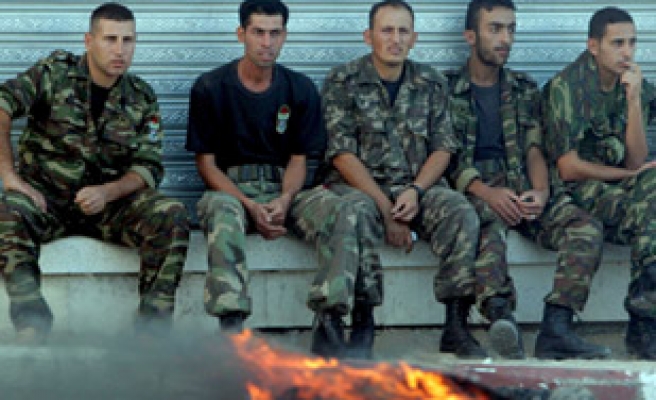 The force, formed by the Palestinain unity government, will initially carry out crime-fighting and traffic duties before addressing lawlessness in the area.

Officers from the rival Hamas and Fatah factions will wear the same uniform and spread out throughout the territory within 48 hours, an official said.

The deployment was ordered by Fatah's Mahmoud Abbas, the president, and Hamas' Ismail Haniya, the prime minister.

Nabil Shaath, a senior Fatah leader and close Abbas aide, said the policemen will now take orders from the interior ministry under the unity government.

"There is a full agreement," he said. "The determination is there and I think what we will see in the next 48 hours is a full deployment to deal with the lawlessness in the Gaza Strip."Previous police deployments in Gaza have not fully secured the territory.

Human rights groups say about 400 Palestinians have died in street fights in the city over the past year.

Israel has denied the report, amid rising tensions from cross-border rocket fire since last week.

The salvoes have persisted despite an Israeli-Palestinian truce struck in November, usually at the hands of groups which say they were not bound by that deal.

Palestinians say Israel's continued military actions in the occupied West Bank – where the truce does not apply - provoke attacks from Gaza.

"In such climate it is difficult to have a national dialogue about a ceasefire with Israel," Shaath said.

Israel has proposed making part of Gaza near the border a no-go zone, and some Palestinians there now fear losing their homes.