Palestinians on Wednesday entered an Israeli-controlled border crossing where EU-funded fuel is piped into the Gaza Strip, killing at least two Israelis, the Israeli army said. 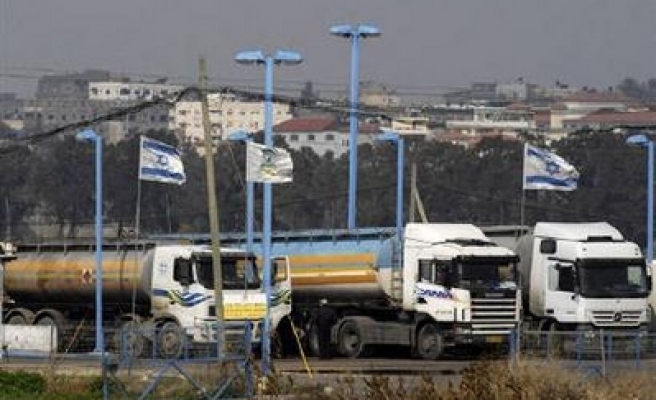 Fighters from three movements, not including Hamas, infiltrated the crossing, at Nahal Oz, said a spokesman for one of the groups, the Popular Resistance Committees.

"They entered Nahal Oz and the fuel depot. They shot at two Israelis dead and two wounded," an Israeli army spokeswoman said.

Western diplomats said Nahal Oz was raided after completion of the latest delivery of EU-funded fuel to the Gaza Strip's main power plant.

Spokesmen for groups said the men withdrew back into the Gaza Strip, under fire from pursuing Israeli helicopters.

Earlier, in a separate incident, an Israeli soldier and a Hamas fighter were killed in clashes in the Gaza Strip, the Israeli army and Palestinian medical staff said.

Hamas had warned on Tuesday of an explosion in the territory if Israel continued its economic blockade. Israel tightened its cordon over the Gaza Strip since June.
Last Mod: 10 Nisan 2008, 09:06
Add Comment