The Authority plans to build a memorial at Darwish's grave, featuring his works and a statue of him, another official said. 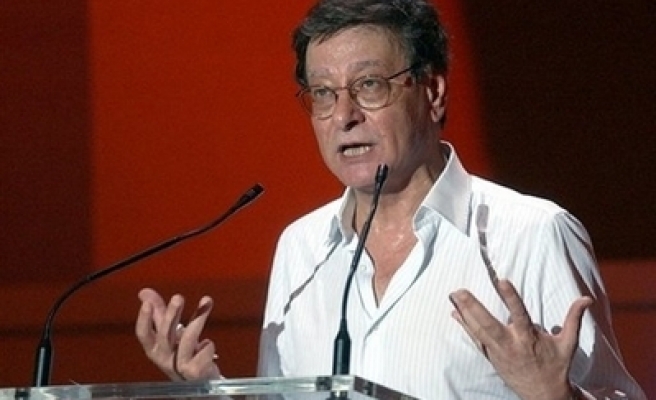 Mahmoud Darwish, whose poetry encapsulated the Palestinian cause, will get the equivalent of a state funeral in the West Bank on Tuesday -- an honour only previously accorded to PLO leader Yasser Arafat.

Tributes for Darwish poured in on Sunday, a day after the 67-year-old writer died from complications following heart surgery in a U.S. hospital in Houston, Texas.

"He translated the pain of the Palestinians in a magical way. He made us cry and made us happy and shook our emotions," said Egypt's vernacular poet Ahmed Fouad Negm.

"Apart from being the poet of the Palestinian wound, which is hurting all Arabs and all honest people in the world, he is a master poet," Negm told Reuters in Cairo.

Darwish's funeral in Ramallah will be the first sponsored by the Palestinian Authority since Arafat died in 2004.

French Foreign Minister Bernard Kouchner said his country shared Palestinian admiration for "this great figure whose poetry, which reflects nostalgia and liberty, speaks to us all.

"Mahmoud Darwish knew how to express the attachment of an entire people to its land and the absolute desire for peace. His message, which calls for coexistence, will continue to resonate and will eventually be heard," Kouchner said in a statement.

The poet had made his home in the West Bank city since returning in the 1990s from a long exile during which he rose to prominence in Arafat's Palestine Liberation Organisation (PLO).

"The Palestinian question, in Mahmoud Darwish's poetry, was no longer a legend, but the story of people made of flesh, blood and feelings," said Zehi Wahbi, a friend of Darwish and a Lebanese television presenter and poet.

For Arab League Secretary-General Amr Moussa, Darwish was "the voice of Palestinian civilisation, with its pains, sadness and ambitions".

Widely seen as the Palestinian national poet, Darwish's writing was much translated. He won new generations of admirers with work that evoked not just the pain of Palestinians displaced, as he was as a child, by the foundation of Israel 60 years ago, but also subtle paradoxes and broader human themes.

He enjoyed a following across the Arab world, where he had the kind of readership contemporary poets in English and other European languages, eclipsed by novelists, can only dream of.

"He turned the Palestinian cause into songs that transcended the cause and all other Arab issues," said Abdel-Rahman al-Abnoudi, a prominent Egyptian poet and a friend of Darwish.

Darwish gave voice to Palestinians' dreams of statehood, helping to craft their 1988 declaration of independence.

He penned the words Arafat spoke at the United Nations in 1974: "Today I have come bearing an olive branch and a freedom fighter's gun. Do not let the olive branch fall from my hand."