Palestinians see no change with or without Olmert 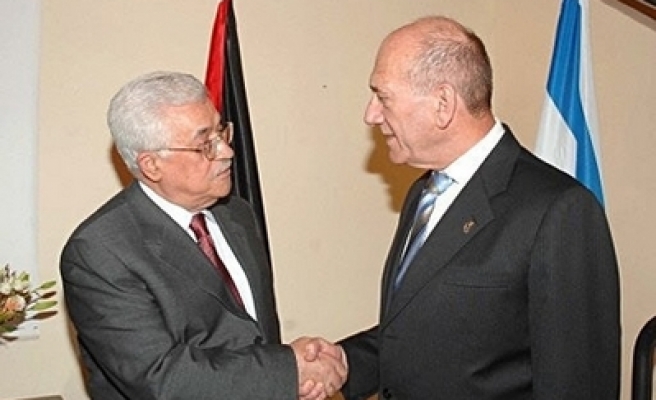 "All Israeli leaders are the same. Look, has anything happened since 1993?," lamented the 43-year-old merchant from Gaza City, referring to the Israeli-Palestinian Oslo peace accords of 1993.

Olmert's decision to resign after his ruling Kadima party picks a new leader in September has not only thrust Israeli politics into turmoil.

The decision has also left Palestinian President Mahmoud Abbas in the lurch. He may have to face trying to negotiate a statehood deal with a lame-duck prime minister whose commitments may not be honoured by his successor.

"Abbas will have wait at least another year," said Palestinian analyst Hafeth al-Barghouthi.

From the start, many Palestinians viewed Olmert's talk of a peace deal as little more than lip service to appease Israel's powerful allies in Washington.

"With or without Olmert, the negotiations have become futile," said Abdel-Rahim Mallouh, a top official in Abbas's Palestine Liberation Organisation.

He cited Olmert's decision to push ahead with settlement building in and around Jerusalem, an embarrassment for Abbas.

"Now the illusion of reaching a peace deal is fading away," said Hani al-Masri, a Palestinian political analyst.

He suggested that Abbas might now shift his focus from talks with Israel to reconciling with Hamas Islamists who seized control of the Gaza Strip a year ago.

While Olmert's aides held out hope on Thursday of forging a deal with Abbas before a new Israeli government takes office, Israelis and Palestinians alike were deeply sceptical.

"If he (Olmert) couldn't reach a peace deal when he was in good shape, how can he do so now?" asked Imad Saleh, a 37-year-old engineer from Ramallah.

"Here we will go again trying to make a new agreement with the leader who will replace him," he said wearily.