Palestinians to get 40 mln euros boost from EU

The European Union will give a financial boost on Wednesday to the cash-strapped Palestinian Authority to help Prime Minister Salam Fayyad pay public sector salaries, EU and Palestinian officials said. 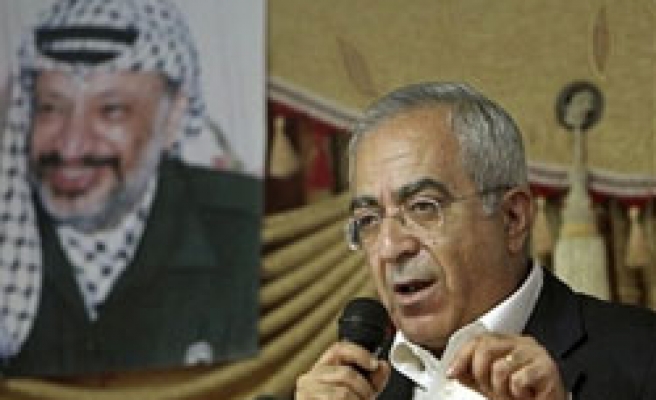 The European Union will give a financial boost on Wednesday to the cash-strapped Palestinian Authority to help Prime Minister Salam Fayyad pay public sector salaries, EU and Palestinian officials said.

The 40 million euro ($59 million) injection of funds comes on top of the 256 million euros in budget support disbursed so far this year by the European Union.

Fayyad has struggled in recent months to pay government workers because many Arab donors have not met their financial commitments. "The situation is very, very tight, for sure," a top official from Fayyad's office said this week.

A Palestinian official said the EU money would help Fayyad meet the next government payroll, due in the first week of September. Fayyad has been waiting for months to receive $80 million pledged by Kuwait but it is unclear when the funds will arrive in the Palestinian Authority's coffers, officials say.

Salaries were paid several days late earlier this month but only after securing a financial pledge from a telecommunications company seeking to speed its entry into the Palestinian market and a short-term bridge loan.

At a conference in Paris in December, donors pledges $7.7 billion in aid to the Palestinians over three years.

But only a fraction of that has materialised and most of it is earmarked for projects and not general spending. Fayyad wants more allocations to budget support.

Delays in paying salaries would be embarrassing for Fayyad, who was appointed last year with Western backing when President Mahmoud Abbas fired a Hamas government.