An investigative panel has found that the World Bank president broke bank rules in arranging a pay package and promotion for his girlfriend. 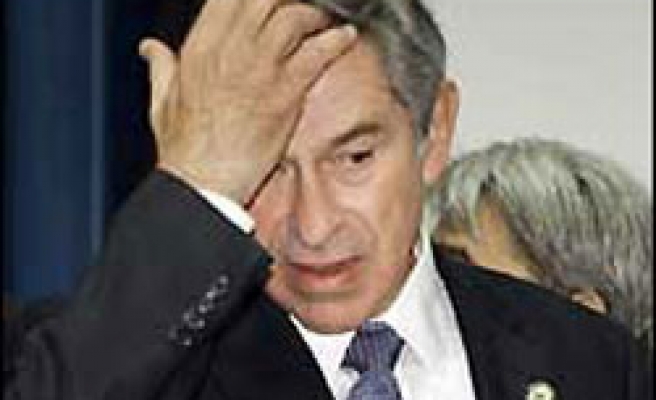 An investigative panel has found that the World Bank president broke bank rules in arranging a pay package and promotion for his girlfriend.

Paul Wolfowitz will face the bank's 24-member board of directors on Wednesday before a decision is made on any disciplinary action, which may include him being asked to resign, sacked or reprimanded.

The panel presented Wolfowitz with the findings of investigations into his handling of the 2005 promotion and pay raise of bank employee Shaha Riza, a person familiar with the report said on Monday.

The report has not been made public and no details were provided.

The controversy has spurred calls for Wolfowitz' resignation, and he is fighting to hold on to his job.

He maintains that he acted in good faith in arranging Riza's remuneration, and accused critics of a "smear campaign" against him.

The bank's executive directors, however, have said the terms and conditions of the package had not been "commented on, reviewed or approved" by the bank's ethics committee, its chairman or the bank's board.

People familiar with the findings said Wolfowitz will be given a chance to respond before the report is forwarded to the bank's board.

But Robert Bennett, his lawyer, said they have asked until next Monday to respond, saying the 48-hour response time was "unreasonable and unfair".

The developments come as Kevin Kellems, a top adviser to Wolfowitz, said he was leaving the institution "for other opportunities".

A panel that presented its findings to Wolfowitz is also believed to be examining other employment arrangements, including Kellems's. Last Mod: 08 Mayıs 2007, 09:46
Add Comment