Two years ago, Maria was paralysed from the neck down when Israel missile stroke the car she was travelling in Gaza as her mother, grandmother and older brother were killed. 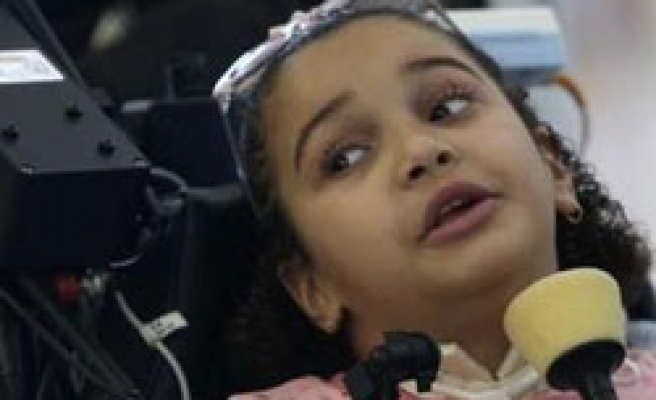 Paralysed from the neck down in an Israeli attack, six-year-old Palestinian Maria Amin is fighting an order to move her from a rehabilitation centre in Israel to the occupied West Bank.

Maria can move around in a wheelchair controlled by a joystick she guides with her chin, but her Israeli doctors say her life would be in danger if Israel's Defence Ministry sends her to the West Bank city of Ramallah.

Two years ago, Maria was paralysed from the neck down when Israel missile stroke the car she was travelling in Gaza. Her mother, grandmother and older brother were killed.

The Defence Ministry, which has covered Maria's medical expenses and sponsored her father and younger brother to live with her at a Jerusalem hospital, has been seeking since last year to send her to Ramallah's Abu Raya Rehabilitation Centre.

Maria's father, Hamdi, appealed against the decision, but on Tuesday Israel's Supreme Court put off for a third time a hearing on the case until December, when an injunction blocking her transfer to the Ramallah facility expires.

"She needs to live near the hospital, she must be near the emergency room -- things she cannot have in the West Bank," Lustigman told reporters outside the courtroom.

"Maria cannot have her mother, brother or grandmother back, she cannot have her body, but there are things we can do to make things better and this is to take care of her for all of her life because she cannot survive outside Israel," Lustigman said.

Upset at foot dragging, Maria's father said he believed the court did not want to set a precedent that can tell other Palestinians hurt in Israeli attacks to seek medical treatment in Israel.