The Paris Grand Mosque announced on Saturday it would boycott elections to France's Muslim Council. 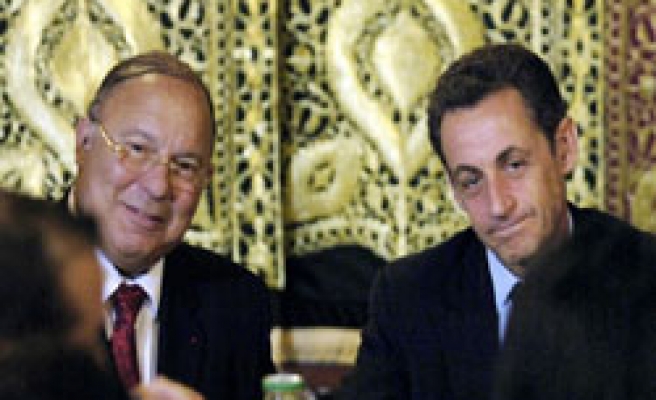 The Paris Grand Mosque announced on Saturday it would boycott elections to France's Muslim Council, throwing into doubt the future of the body President Nicolas Sarkozy created to represent the country's second-largest faith.

Dalil Boubakeur, of the Grand Mosque, who has headed the French Council of the Muslim Faith (CFCM) since 2003, said the June 8 poll would be unfair since delegates allowed to vote would be chosen according to the prayer space in their mosques.

"This is not the way to organise Islam in France," said Boubakeur, who said the voting system ensured the Grand Mosque's national network of about 100 mosques would end up far behind other networks that have been building many new mosques.

A statement by the Mosque's national network announcing the boycott called the system an "absurd electoral mechanism."

Behind the poll dispute was a struggle for influence in the 5-million-strong community, Europe's largest Muslim minority, between the Algerian-backed Grand Mosque network and a Moroccan-backed movement keen to gain control of the CFCM.

Before polls in 2003 and 2005, he imposed Boubakeur as head of the CFCM regardless of the result. The Grand Mosque network accounts for 15 percent of prayer space in France but claims it is the country's oldest and best established Islamic group.

Chems-eddine Hafiz, a senior Grand Mosque official, made it clear that ceding CFCM leadership was unacceptable. "We can't be in the CFCM without having the presidency," he told journalists.

The Union of French Muslim Organisations, a larger rival group linked to the Muslim Brotherhood, said the boycott would harm the CFCM. "The UOIF expresses its sadness at this decision by an important component of French Islam," it said.

While some Mosque officials hoped Sarkozy would step in to ensure Boubakeur's reelection and save the CFCM from collapse, analysts doubted the president would side with him once again.

"I don't have the impression the government wants to get involved to support him," said sociologist Franck Fregosi, an expert on French Islam.

The Grand Mosque network, based mostly on older city mosques frequented by Algerians, has seen other groups grow by opening large mosques in suburbs and rural areas where they have far more prayer space and therefore more delegates in the election.

The rival Rally of French Muslims (RMF), a new group with strong support from Rabat, looks well-placed to win the June 8 vote thanks to its far larger network among Moroccan immigrants.