Hundreds of students at Paris university went on strike on Wednesday to protest at the plans of president-elect Nicolas Sarkozy to reform France's higher education system. 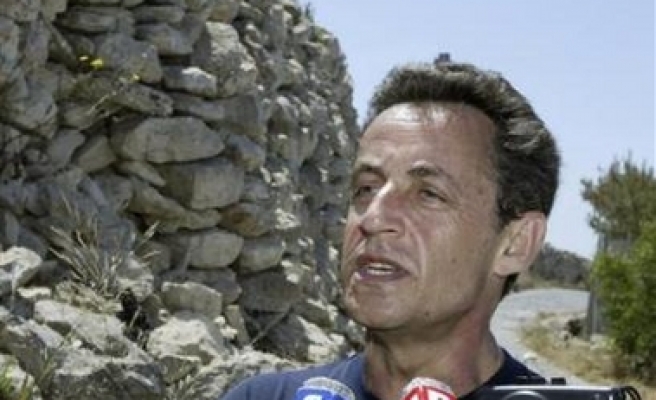 Hundreds of students at Paris university went on strike on Wednesday to protest at the plans of president-elect Nicolas Sarkozy to reform France's higher education system.

Some 300-400 demonstrators gathered on the Boulevard St Michel in the Latin Quarter of Paris, ostensibly to protest against a march by far-right supporters but the occasion quickly turned into an anti-Sarkozy gathering.

Shouting slogans like "Sarko fascist! The people will have your hide!" and "Police everywhere, justice nowhere!," the demonstrators were cornered by police close to the nearby Luxembourg Gardens.

The protests follow three nights of violent confrontations between police and young rioters in Paris and other cities.

The protests have awakened memories of the violent protests against a proposed youth jobs contract that shook France last year, especially around the Latin Quarter where police sealed off roads late on Wednesday.

In a separate demonstration, hundreds of students at Paris university staged a strike to protest at Sarkozy's plans to reform France's higher education system.

Around 500 students voted to support the strike action and protesters immediately blocked access to the Tolbiac annexe of the Paris I Pantheon-Sorbonne university.

"There were no courses and pickets have been set up after the vote," said a spokesperson for the student union.

Conservative leader Sarkozy was elected president on Sunday, promising economic and social reforms that have alarmed many trade unionists and leftists.

"We are not calling the election itself into question," said one student, who gave his name only as William.

"We are saying: 'Careful people, there is a program that's going to be put in place that will run right over you."'

Sarkozy has promised to make higher education reform a priority and wants to introduce a law before the end of the summer to give universities more autonomy, handing them power to hire and fire staff, set salaries and manage their assets.

He has said universities should focus more on vocational courses, be encouraged to seek outside financing and be given more scope to expel underperforming students.