Political parties have finalized their deputy candidate lists for the elections scheduled for July 22. 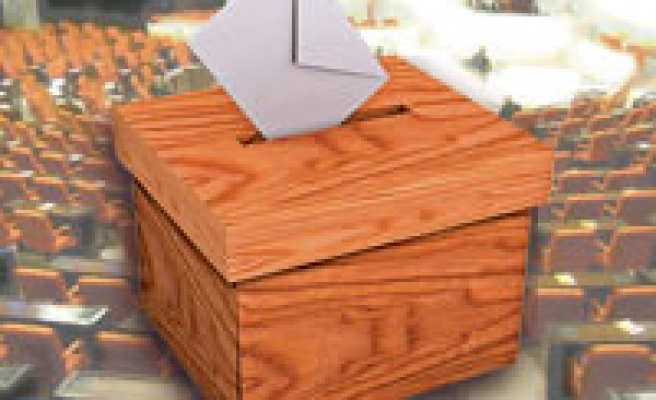 Political parties have finalized their deputy candidate lists for the elections scheduled for July 22.

The Justice and Development Party (AK Party), the Republican People's Party (CHP) and the Nationalist Movement Party (MHP) have completely changed their candidate lineup, while the Democrat Party (DP) and the Motherland Party (ANAVATAN) have introduced only partial changes to theirs.

Many rival politicians have joined ranks after competing with each other for years. These elections represent a first in terms of the increased mobility of rival politicians among competing parties. The CHP has recruited prominent center-right politicians, while the AK Party has welcomed a number of social democrats, including Ertuğrul Günay, the former secretary-general of the CHP.

Unable to enter Parliament in the 2002 elections, the MHP has had no problems in renewing its lineup and populating its lists. The greatest problem has been experienced by the DP -- formerly the True Path Party (DYP) -- and ANAVATAN, which decided not to merge at the last moment. Even the CHP has had difficulties in allocating places to the 14 deputies promised to the Democratic Left Party (DSP). Several CHP deputies had to be moved to lower positions in their constituencies, and this spells problems and resentment in the ranks. A similar fate is awaited in the AK Party, which has changed its lineup drastically and will allocate winning positions to social democrat candidates.

AK Party leader and Prime Minister Recep Tayyip Erdogan is planning to ensure that the current 351 AK Party deputies are largely re-elected since they demonstrated their loyalty during the recent presidential election crisis. At most, 80 deputies are expected not be nominated for these elections. About 20 deputies have already declared that they would not run for Parliament, thus facilitating things for Erdoğan. Erdoğan is planning to set up a new lineup by recruiting former civil servants who resigned upon his request.

Not unexpectedly, the CHP replied to the AK Party’s lineup change by opening its doors to wider groups; however, this move has been accompanied by problems within the CHP. In order to open up positions for new participation, about 60 of the existing deputies have to be sacrificed. Reportedly, only 50 of the 90 current deputies who have been nominated for the upcoming elections are given positions in the lists that will guarantee their election. The fact that only 12 of the 14 positions allocated to the DSP will guarantee election is seen as the first signs of a future breakup of the cooperation between two parties.

Dreaming of a single-party government, CHP leader Deniz Baykal is trying to set up an inclusive lineup by recruiting many center-right figures.

Lütfullah Kayalar and Bitlis deputy Edip Safter Gaydalı, who resigned from ANAVATAN following the failure to merge with the DYP, have been allocated first positions in their respective constituencies. Apart from certain secularist intellectuals such as Professor Nur Serter and Professor Necla Arat, Osman Nuri Bedir, the imam of Sultan Ahmet Mosque, whose position has been changed four times during the AK Party government, will be running for Parliament from the CHP’s lists.

Having closed down the party’s doors to transfers, MHP leader Devlet Bahçeli has prepared the candidate lists with relative ease. Bahçeli’s surprise is that he has not included former Parliament Speaker Omer İzgi, whose name has been frequently mentioned in connection with two abortive military coups, code-named Ayışığı and Sarıkız. Bahçeli’s lineup consists of former MHP ministers and deputies who were formerly in center-right parties.

Tugrul Turkes, son of the MHP’s legendary leader Alparslan Türkeş, has returned to the party to become the MHP’s Ankara candidate. Bahçeli himself will be running for Parliament from Osmaniye, his hometown, while retired Gen. Kursat Atılgan has been given the first position in Adana. Former Ambassador Gündüz Aktan, Professor Mithat Melen and former Interior Minister Meral Aksener have been assigned top positions in İstanbul.

ANAVATAN leader Erkan Mumcu will submit a list of 275 deputy candidates to the YSK. He has given top positions to ANAVATAN’s current deputies. Former Prime Minister and ANAVATAN leader Mesut Yılmaz, whose candidacy from the DP broke down the DYP-ANAVATAN merger, declared Monday that he will be an independent candidate from his hometown of Rize and will not be aligned with any party. Yılmaz also resigned his ANAVATAN party membership Monday.

Having decided to enter the polls without forming a coalition with another party, the Felicity Party (SP) has given former Prime Minister Necmettin Erbakan the first position in Konya. Erbakan will be an independent candidate affiliated with the SP. The SP has also assigned top positions to its hardcore politicians, namely Seref Malkoc and Oya Akgonenc.

BBP leader Muhsin Yazıcıoglu will run for Parliament as an independent candidate from Sivas, his hometown.