Turkish PM Erdogan on Monday said that the ban moves would only lead to an increase in popularity for his AKP. 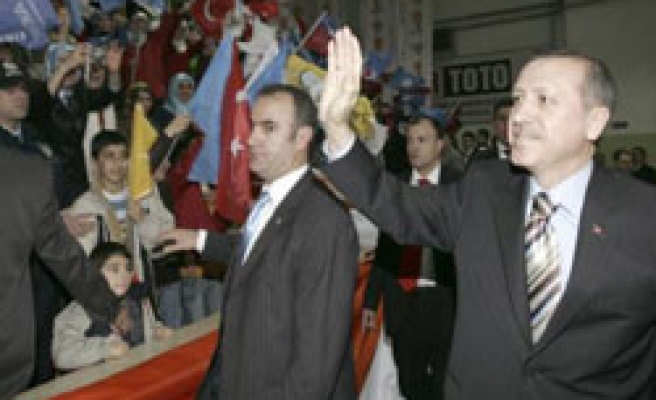 Turkish Prime Minister Recep Tayyip Erdogan on Monday said that the ban moves would only lead to an increase in popularity for his Justice and Development Party (AKP), the Anadolu news agency reported.

"Our votes will increase. We are in charge. No one can take us off our path," Erdogan said after a meeting with colleagues in Ankara.

Erdogan's statements came after newspapers on Monday speculated that the AKP may attempt to make constitutional changes that would make it very difficult for the Constitutional Court to close down the party.

The party has a clear majority in parliament but would need the support of an right-wing opposition party in order to get constitutional changes passed.

Chief Prosecutor Abdurrahman Yalcinkaya on Friday night lodged an indictment against the AKP seeking to have the party banned on the claim that it was a focal point for anti-secular activities.

The indictment also seeks to have Erdogan, President Abdullah Gul and 69 other AKP figures, from ministers to local council mayors, banned from politics for five years.