Some of the other peculiar claims in the indictment include a former Parliament speaker's "bikini" reference and the dress choices of the wife of the Turkish Republic's founder, Mustafa Kemal Atatürk. 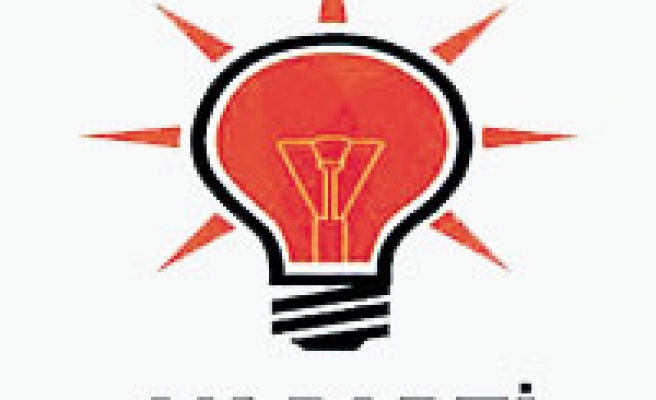 Accusations from Abdurrahman Yalçınkaya, who filed a lawsuit with the Constitutional Court to shut the Justice and Development Party (AK Party), claim the AK Party sought to alter Turkey's secular regime and violate secular principles by pushing Parliament to rescind a decades-old ban on wearing Islamic headscarves at universities.

Some of the other peculiar claims in the indictment include a former Parliament speaker's "bikini" reference and the dress choices of the wife of the Turkish Republic's founder, Mustafa Kemal Atatürk.

Currently under review at the Constitutional Court, the highest court in the country, the headscarf legislation triggered criticism that Erdoğan was trying to raise Islam's profile.

Yalçınkaya's complaint says the party "aims to realize a model of society which takes religion as its reference" and also accuses the government of harming the international image of Turkey, which it says has become a moderate Islamic republic during Erdoğan's term and divided the public into believers and nonbelievers.

Yalçınkaya asked that 71 party members, including Erdoğan, along with President Abdullah Gül (foreign minister in a previous AK Party Cabinet), be banned from politics for five years.

The Constitutional Court began assessing Yalçınkaya's request on Monday and will decide whether to hear the case within 10 days, Osman Paksüt, deputy chairman of the court, told reporters.

Written accusations by Yalçınkaya refer to former President Ahmet Necdet Sezer, a staunch secularist who appointed Yalçınkaya, 15 times, mentioning the laws which Sezer refused and sent back to the Parliament.

The indictment describing secularism said "the state could restrict religious freedoms" and that this conviction was parallel with Sezer's speeches at Turkish military academies. Another accusation directed at Erdoğan is that when Sezer vetoed a bill regarding the Higher Education Law, Erdoğan's words "there are people who block the law," were referring to the president and the chief of General Staff.

Erdoğan's phone call to a covered student, Tevhide Kütük, who received an award but couldn't accept in at the ceremony because she wears a headscarf, also made its way into the indictment, which also included another of Erdoğan's statements in reference to his family: "I have the same problem. My wife can wear her headscarf at the Prime Ministry but not over there [indicating the presidential palace]."

Arınç's "bikini" reference also made the indictment. When a female deputy from the opposition Republican People's Party (CHP) asked Arınç, "What if I come to Parliament wearing a bikini?" Arınç replied, "If [she] is older, it's better if [she] doesn't."

Some AK Party deputies have been accused of attending a religious foundation's meeting that started with the national anthem and recitations from Quran. Another deputy stands accused because he had formally asked the Turkish Standards Institute (TSE) to define what the headscarf is and adopt a measurement standard for it.

A former deputy's reference to the country's founder Atatürk's wife made its way to the prosecutor's complaint: "Atatürk's wife, Mrs. Latife, attended meetings at the presidential palace wearing a headscarf and accompanied İsmet İnönü on his visits abroad wearing her chador. Is this out of modernity?" the deputy had asked.

In reference to differences between Islam and Christianity, the indictment said: "In Turkey secularism has been different than in the West because of the differences between the religions of Islam and Christianity. Islam regulates all societal acts according to religion and accepts rules as given by God without even discussing them. Under secularism religious sentiments cannot interfere with worldly acts. Since Turkey was the first republic to adopt secularism among all other Muslim countries despite its majority Muslim population, secularism is the Turkish Republic's foundation. … Shariah in Islam regulates all acts of an individual including dress code, marriage, divorce and people's acts toward each other. It is autocratic and against the thoughts of democracy and human rights."

The indictment also criticized some high-ranking party officials, claiming that they made praising references to Ottoman times, during which Shariah rules were adopted.

"As international and domestic laws have proven under review, it can be seen that wearing a headscarf is not a matter of individual rights. The [AK Party] wants to impose the headscarf on others by making references to the 'traditional wearing of the headscarf' in society. However, being covered makes women subordinate in the patriarchal society, because women are poor and subject to religious bigotry," the indictment accusing the AK Party officials said.


Another accusation was directed at the mayors who gave presents to schoolchildren who received religious education during summer breaks instead of going to the beach and summer houses.