US emitted mixed signals on its stance regarding the outlawed PKK. 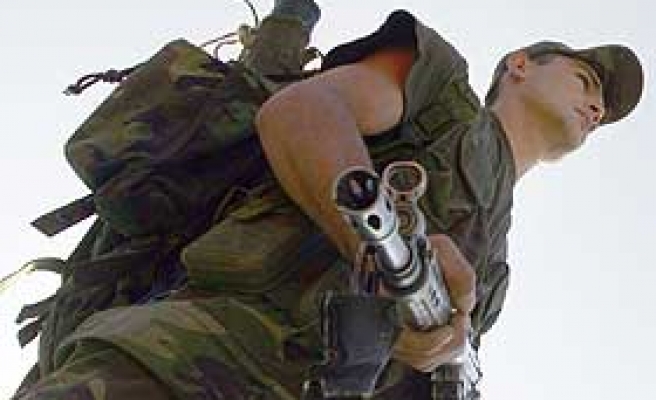 The divide between the Pentagon and the US State Department becomes particularly apparent as the former calls for Turkey to reach some sort of accommodation with the terrorist group while the latter in response specifically notes that there can be no talks with terrorists.

The United States yesterday emitted mixed signals on its stance regarding the outlawed Kurdistan Workers' Party (PKK), with the Pentagon voicing its preference for Turkey to engage the group directly to end the militant threat while a reportedly furious State Department underlined its policy of "no talks with terrorists."

Adm. William Fallon, commander of the U.S. Central Command responsible for the Near East including Iraq, called for "some kind of accommodation reached" with the PKK at a hearing of the House Armed Services Committee Wednesday.

His remarks came one day after Lt. Gen. Ray Odierno, former commander of the Multi-National Corps in Iraq, said that the PKK should be kept under pressure, so that talks could be launched "with these terrorist elements."

Responding to a lawmaker's question on the Turkish army's late February incursion into northern Iraq to fight the PKK, Fallon announced for the first time that the U.S. military helped the Turks in the offensive.

"We provided indirect support to the Turkish military intelligence, helped the incursion achieve some tactical success, is my understanding," he said."But I think the real key issue here is figuring out a way to have the Turks come to grips with KGK, and to not just try to eliminate them militarily," Fallon said. The KGK is another name for the PKK.

"They [the PKK] certainly have instigated lots of trouble, and they've had a lot of casualties in Turkey, but the real solution here, to me, is that there's some kind of accommodation reached with this group," he said.This was the first time a top U.S. official called for reconciliation between Turkey and the PKK.He said the PKK problem is "potentially very destabilizing and harmful to our operations in Iraq.""We certainly recognize the pain the Turks have felt from the outlawed and terrorist activities of this group, but we know that the long-term solution is some kind of a accommodation, to scratch some of the itches of the KGK," Fallon said. "We'll give them [Turkey] the help that we can, but we're really strongly encouraging them to figure out a political solution here."

"The U.S. military is effectively telling the Turks that 'O.K., we have helped you in your anti-PKK military operations, and now it is your turn to find a political solution,' as if it is an easy thing to do, given extreme sensitivities inside Turkey on this matter," said one analyst here who asked to remain unnamed.

In another related development, Defense Secretary Robert Gates said for a solution to the Kurdish problem, Turkey should distinguish between "hard-core" terrorists and "reconcilable" Kurds. "I think that the real objective is to peel away from the hard-core terrorists those who might be reconciled and brought back into the political fold," Gates said at a Pentagon news conference late Wednesday.

When asked to comment on Odierno's remarks, he said: "I don't know what Gen. Odierno said or did not say, but I will tell you that when I was in Ankara last week, we talked a great deal about the importance of accompanying the security measures to go after these terrorists, the PKK terrorists, with efforts to try and address some of the civilian concerns among the Kurdish population, where the PKK recruits people.

"He said that President Abdullah Gül and Prime Minister Recep Tayyip Erdoğan "have both put forward proposals in the cultural, economic and political arenas to begin doing that." "So I think it's a matter of doing both. Certainly nobody I talked to was of a mind to have any conversations with the PKK," Gates said.