Peres: 'Israel will never deal with Syria over Golan Heights'

Israeli President Shimon Peres said Sunday that Israel will not make a deal with Syria to return the Golan Heights, the Jerusalem Post reported. 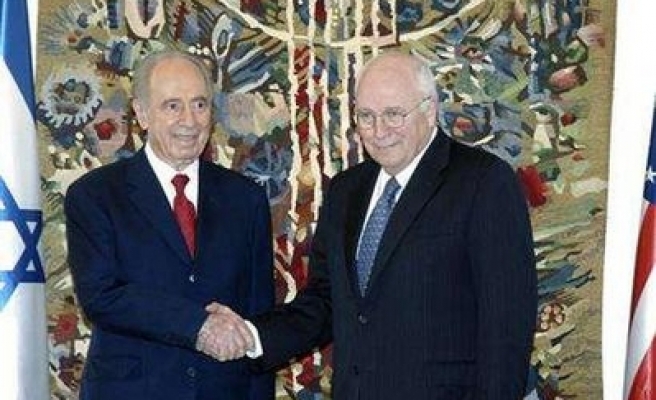 "If the Golan is given back, it will boost Iran's influence in Lebanon and the territory will effectively be under Iranian-Syrian control," Peres was quoted by the website of local Jerusalem Post as saying during a meeting with U.S. Vice President Dick Cheney.

Peace talks between arch-foe Syria and Israel foundered in 2000 over the fate of the strategic Golan Heights, which was occupied by the Jewish state in the 1967 Middle East war.

Peres also said that negotiations between Israel and the Palestinians must be held with a view to economic development.

Cheney, who was on a regional tour since March 17, said his country would do everything it could to deal with the alleged Iranian nuclear threat to Israel.

Cheney is in Israel on the latest leg of a trip to the Middle East region which has taken him to Iraq, Oman, Afghanistan and Saudi Arabia and will also take him to the Palestinian territories and Turkey.