Peres says to run for president

Israeli politician Shimon Peres announced Wednesday his intention to stand as candidate for state president on behalf of the Kadima party. 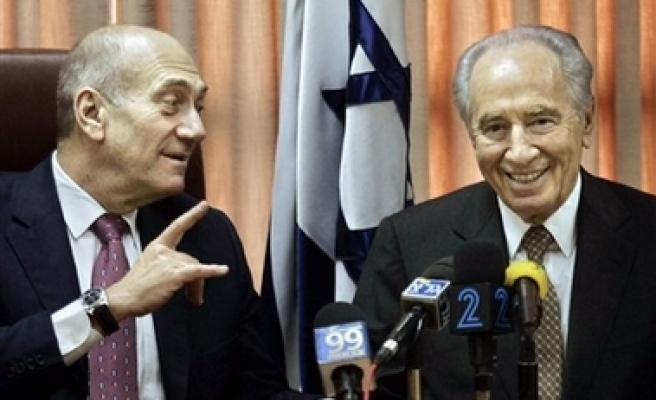 Israeli politician Shimon Peres announced Wednesday his intention to stand as candidate for state president on behalf of the Kadima party.

Peres who currently serves as vice-premier in Prime Minister Ehud Olmert's government said he had decided to accept the candidature after "numerous requests".

"After much thought, I have decided to acquiesce to the requests that I be a candidate for the state presidency," said Peres, adding that it is "no secret" that this was a difficult decision for him.

"After all," he said. "I am not the youngest MK (member of the Knesset parliament)."

"I decided to accept this position after numerous requests, first and foremost by the prime minister, MKs, and many others, who have asked me to give a contribution, and I must say perhaps my last contribution ... in service of the state," he continued.

According to Tel Aviv daily Haaretz, the presidential candidate of the right-wing Likud party Reuven Rivlin is expected to distribute a letter Wednesday attacking Peres, who is his main rival for the post.

In his letter to the other parliamentarians, Rivlin warns that electing Peres will not contribute to restoring the institution's public standing. The letter does not mention Peres by name, but it leaves no doubt that he is the subject.