Peretz: Israel preparing for any scenario

Defense Minister Amir Peretz, asked about the possibility of war with Syria, said Wednesday that the military was preparing for any scenario but added thatIsrael must not give up on diplomacy with Damascus. 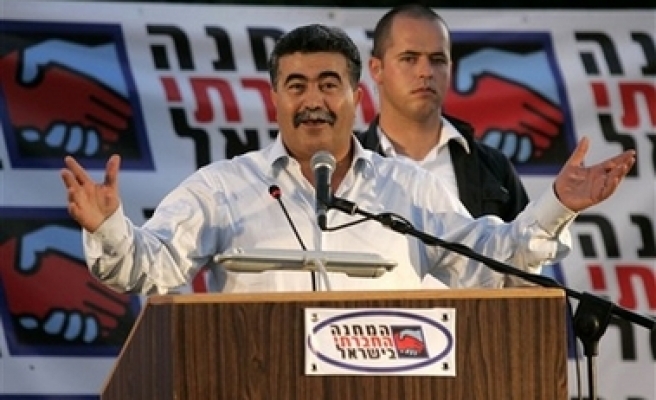 Defense Minister Amir Peretz, asked about the possibility of war with Syria, said Wednesday that the military was preparing for any scenario but added that
Israel must not give up on diplomacy with Damascus.

Peretz spoke to Israeli radio stations a day after Israeli troops simulated an attack on a Syrian village.

The Israeli military "has to be ready on all fronts, irrespective of intelligence reports on what is going to happen," Peretz told Army Radio.

But "we have to relay to the Syrians that our exercises and preparations are a matter of course, and in no way reflect Israeli plans to attack Syria," Peretz added.

Israel must probe any possibility of diplomacy with Syria, he told Israel Radio.

"A diplomatic process with Syria could immediately and dramatically change the balance on three fronts, so picking up the gauntlet, or exploring any chance for sincere negotiations with Syria is, in my opinion, an option that absolutely must not be neglected."

The three fronts he referred to were Syria, Lebanon and the Palestinian front.

Asked if Israel might initiate a war in response to limited action by Hezbollah on the Lebanese border, Peretz told Army Radio "there is no such intention."
Last Mod: 06 Haziran 2007, 11:31
Add Comment