A former prime minister and a political newcomer who both pledge to bring down Prime Minister Ehud Olmert's government will face each other in a runoff after an inconclusive vote for leadership of Israel's Labor Party, final results showed Tuesday. 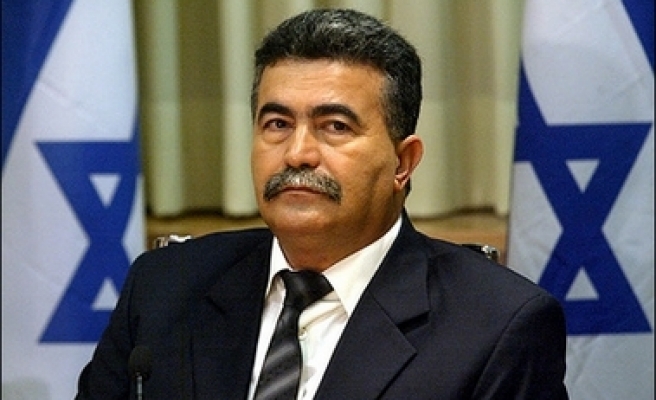 A former prime minister and a political newcomer who both pledge to bring down Prime Minister Ehud Olmert's government will face each other in a runoff after an inconclusive vote for leadership of Israel's Labor Party, final results showed Tuesday.

Former Prime Minister Ehud Barak edged out Ami Ayalon 36 percent to 31 percent in Monday's voting. While the victory marked an important milestone in Barak's political comeback, he fell short of the 40 percent threshold needed for an outright victory, setting up a June 12 runoff against Ayalon.

Labor has served as the junior partner in Olmert's year-old government.

But a victory by either Barak or Ayalon is expected to shake up that alliance. Both have called for Olmert's resignation in the wake of a highly critical government report on his performance during last summer's war in Lebanon.

Ayalon, a former navy chief and ex-head of the Shin Bet internal security agency, entered parliament only last year. He won support as a newcomer to the political scene, while also holding the security credentials.

Ayalon, 61, has pledged to lead the centrist Labor out of its year-old partnership with Olmert if the prime minister's Kadima Party does not choose a new leader.

"I think many people understand that we are, in fact, not just voting on the future of the Labor Party but to a very large extent on the future leadership of Israel," he said at the northern Israel polling station where he cast his ballot.

Barak, meanwhile, tried to persuade voters that his experience made him the best man for the job. A former military chief the 65-year-old served as prime minister from 1999 to 2001.

Barak has said he would serve temporarily in an Olmert government, while also pushing for early elections. Olmert was elected last year to what is supposed to be a four-year term.

Both Ayalon and Barak could face a tough time leading their party out of the government. Many senior Labor officials favor staying in the government — wanting to hold on to power and fearful that the party could lose in a new vote.

The vote ended Peretz's troubled stint as Labor leader. A fiery union leader of Moroccan descent, Peretz took the chairmanship less than two years ago in an upset victory that had many forecasting a new era for Israeli politics.

But when Olmert put together his coalition last year, political maneuvering kept Peretz out of the finance minister's post he coveted. Instead, he became defense minister, and his political star quickly sank following the inconclusive war against Hezbollah in Lebanon.

Both Barak and Ayalon are expected to seek the defense minister position.