A Philippine Army general was suspended by the ombudsman on Wednesday for allegedly being part of a scam to extort money from applicants enlisting in the armed forces. 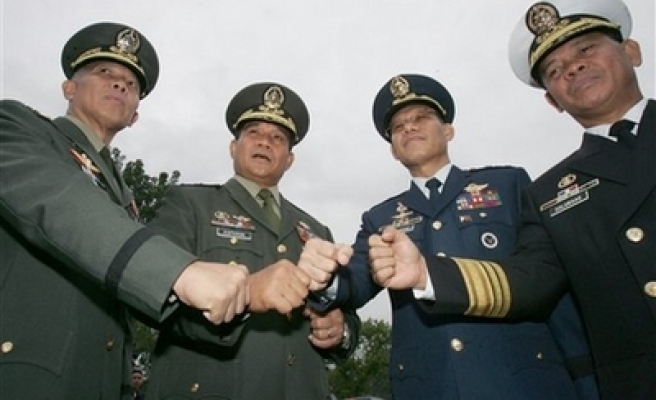 Major General Jose Barbieto, commanding general of the Philippine Army's 4th Infantry Division, was placed on suspension for six months amid further investigation on the charges against him.

The Office of the Ombudsman said a subordinate of Barbieto, Staff Sergeant Roseller Echepare, was also suspended for the same charges.

The suspension was based on a complaint filed by several personnel of the Army's 4th Infantry Division, based in the southern city of Cagayan de Oro.

The complaint alleged that Barbieto and Echepare extorted up to 30,000 pesos (750 dollars) from applicants in the army to ensure their enlistment "without having to pass standard procedures."

One complainant alleged that Echepare told him to pay 25,000 pesos to ensure the enlistment of his brother-in-law who was earlier disqualified due to a hearing problem.

Lieutenant Colonel Bartolome Bacarro, a military spokesman, said Barbieto and Echepare will be restricted to camp during the investigation on the charges against them.

"We are still in the pre-trial investigation stage," he said. "Once there is more evidence to charge them, then we will pursue the court martial."

Corruption in the military is a key source of unrest among soldiers and junior officers.

In 2003, about a dozen junior officers led more than 300 soldiers in a mutiny to denounce corruption in the armed forces and demand President Gloria Macapagal Arroyo's resignation.

The mutiny failed and the officers and soldiers were arrested. Most of the soldiers have since returned to the force under a plea bargain agreement, but dozens are still under trial for rebellion.