The Philippines' largest Muslim group said the government of President Gloria Macapagal Arroyo on Tuesday is delaying in peace talks. 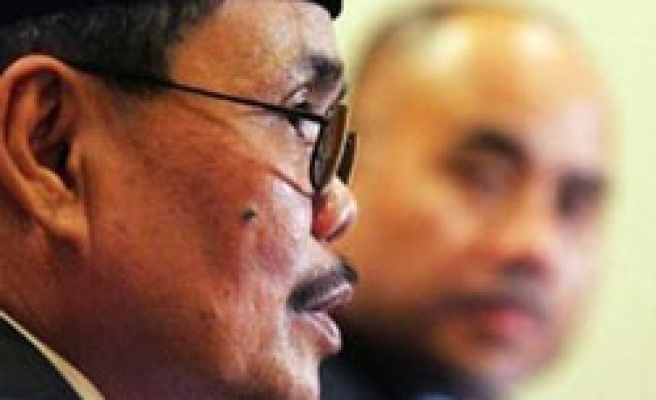 Malaysia has said it will not stay on when the team's mandate expires in September because of delays in the peace process.

"If the peace process fails as a result of the government's dilly-dallying and spoiling, we are left with no choice but to seek other means of achieving our objective," Murad said in a statement posted on their website, http://www.luwaran.com.

"Should that happen, the government is to blame for failing to settle the conflict through diplomatic means."

Although Arroyo has repeatedly said she wants peace, hawks in her cabinet are opposed to giving large swathes of land and water to Muslims and politically powerful Christian clans in the south could oppose a deal.

The Philippine army, meanwhile, plans to boost its artillery in case conflict breaks out when Malaysia starts withdrawing its 41 unarmed monitors on the southern island of Mindanao, according to classified documents seen by Reuters on Monday.

In a letter to the defence department, the army's logistics chief Brigadier-General Jerry Jalandoni wanted "emergency procurement" for nearly 1.6 billion pesos ($38 million) worth of artillery and explosives "in view of the crisis situation that may develop in Mindanao".