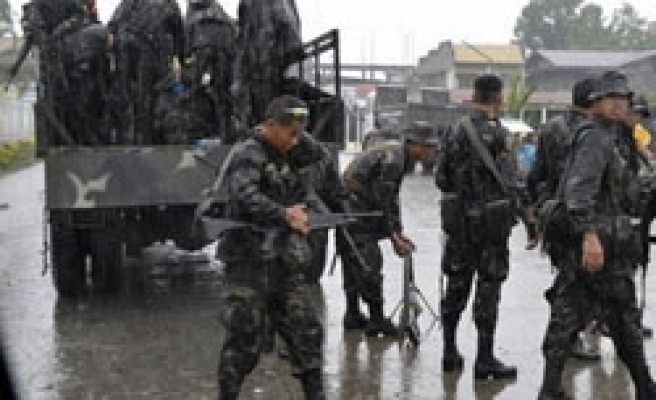 Muslims in the southern Philippines were pulling out of farmlands on Tuesday after a fierce military assault on their positions that forced nearly 160,000 people to flee, they said.

Kabalu said fighting had subsided by Monday night after a two-day barrage of bombs and mortars rained down on farms and villages in North Cotabato on troubled Mindanao island.

Fighters left five more villages in North Cotabato province. Eight villages are expected to be pulled out by tomorrow.

At least three civilians and three soldiers have been killed.

Analysts said both sides were flexing their military muscles after yet another setback in long-running talks to end the near 40-year conflict in Mindanao that has killed over 120,000 people.

Catholic politicians halted the signing of the deal and they press the Supreme Court to rule within the next few months that the agreement was unconstitutional.

Arroyo will hold a meeting of her national security council later on Tuesday to discuss the situation in Mindanao.

Some analysts said President Gloria Macapagal Arroyo had factored in the Supreme Court obstacle. Many believe she lacks the political will to transfer real power to Muslims in the south.