The Philippine president has ordered troops to halt escalating violence in the run-up to elections on May 14 after the death of a mayor. 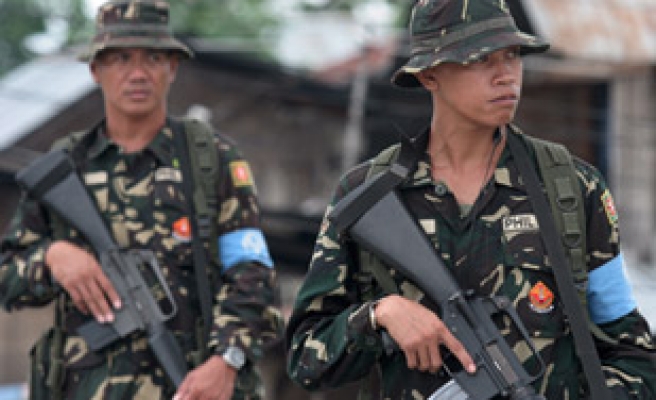 The Philippine president has ordered troops to halt escalating violence in the run-up to elections on May 14 after the death of a mayor.

Gloria Arroyo ordered the move hours after Julian Resuello, the mayor of San Carlos city, died from gunshot wounds in a Manila hospital on Monday.
She said "private armies must be pre-empted and dismantled".

"I am calling on the armed forces to reinforce the police, under Comelec [Commission on Elections] authority to stop election violence and move forcefully against those using threats and intimidation for partisan politics."

One of Resuello's aides died at the scene and seven others were wounded in the attack at a beauty festival on Saturday.

In a separate incident, the mayor of Morong in Bataan, north of the capital Manila, survived an attack on his home when assailants opened fire with automatic weapons.

Filipinos go to the polls in two weeks to elect 12 senators, the entire 230-seat House of Representatives and thousands of local officials from members of town councils to mayors and provincial governors.

Elections in the Philippines are often marred by violence, with rival politicians, especially in the provinces, maintaining militias to intimidate or harass opponents.

So far in this election 25 people have been killed.

Last Thursday, a town council candidate and a policeman were killed in an ambush by suspected political rivals in the town of Jaen in northern Nueva Ecija province.

Oscar Calderon, the national police chief, said over the weekend that 52 of 90 known private armies controlled by politicians nationwide had been dismantled and 2,000 people illegally carrying guns had been arrested. Last Mod: 30 Nisan 2007, 15:58
Add Comment