'Pipeline fire to extinguish in a couple of days' 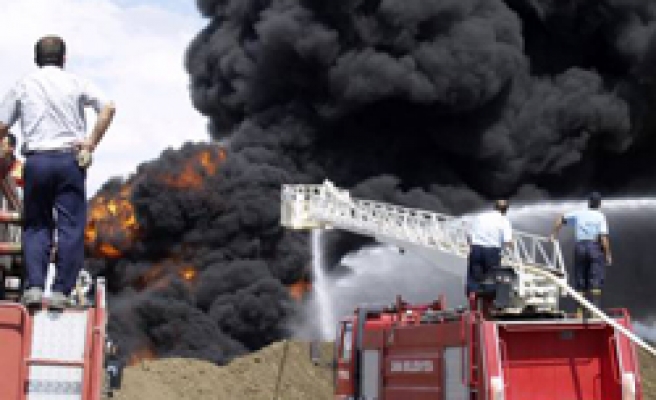 Turkish energy minister said Thursday a fire on a Turkish section of a major westbound oil pipeline was expected to extinguish in a couple of days when the remaining oil in an isolated part of the pipeline all burnt out.

The blaze, which hit the Turkish section of the Baku-Tbilisi-Ceyhan (BTC) pipeline Tuesday in Refahiye in Erzincan province, disrupted oil flow to Turkey's Mediterranean port of Ceyhan.

"We will not put out the fire on purpose so that the environment would not be harmed, and we expect the fire will continue for one or two more days, depending on how much oil is left in the pipeline," Hilmi Guler told reporters.

Guler said a technical assessment would be made once the fire extinguishes itself, which is expected to reveal the damage and whether the fire was caused by a sabotage.

The PKK, which usually attacks targets in southeastern Turkey, previously said it was behind a blast on an Iranian-Turkish natural gas pipeline earlier this year. The attack halted gas exports from Iran to Turkey for five days.
Last Mod: 08 Ağustos 2008, 07:42
Add Comment