Pippa Bacca to be laid to rest in Milan today

An Italian artist murdered in Turkey will be buried today in her hometown of Milan. 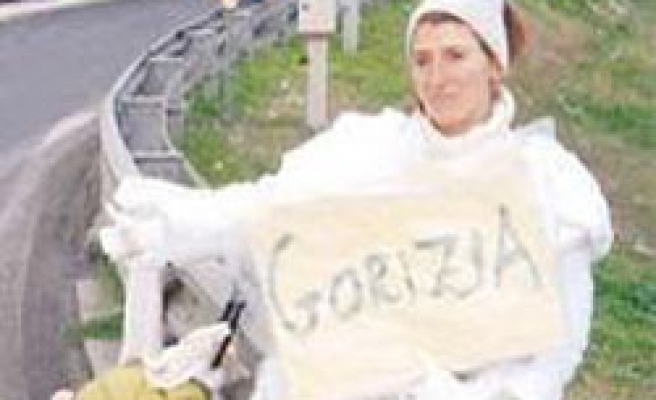 An Italian artist murdered in Turkey will be buried today in her hometown of Milan. The artist's mother, Elena Manzoni, stated on Thursday that preparations for her daughter's funeral were completed and that she will be laid to rest this afternoon following a ceremony at a church in Milan.

The Italian artist, Guiseppina Pasqualino di Marineo, also known as Pippa Bacca, was found dead last Saturday in a forested area in the industrial town of Gebze. She was hitchhiking to the Palestinian territories dressed in a wedding gown as part of her "Brides on Tour" project, aimed at advocating peace in conflict areas.

Di Marineo was hitchhiking with a friend who was also wearing a wedding gown. The two left Milan on March 8 and hitchhiked to Turkey together. They separated in İstanbul shortly before di Marineo went missing, with the aim of reuniting in Beirut.

She was last seen or heard from on March 31 in Gebze. A suspect, identified as Murat Karataş, confessed to the murder during police interrogation and is being held in prison.

"We are grateful to the Turkish nation. We felt their sincerity. They supported us as if my daughter was a Turkish girl who was punished unfairly. Turks acted more sincerely toward us than Italians. I don't mean that Italians did not support us, but there were people among them who made wrong statements as to Pippa's death," noted Manzoni.

She also said she would willingly accept an invitation from Turkey's Culture and Tourism Minister Ertuğrul Günay.

Günay had invited di Marineo's mother and sister earlier this week to Turkey to accommodate them in an atmosphere of Turkish hospitability.