At the airport in Istanbul prior to his departure for France, PM Erdogan said fhe final statement to be released at the end of the summit will refer the project not to be an alternative to Turkey's EU membership process. 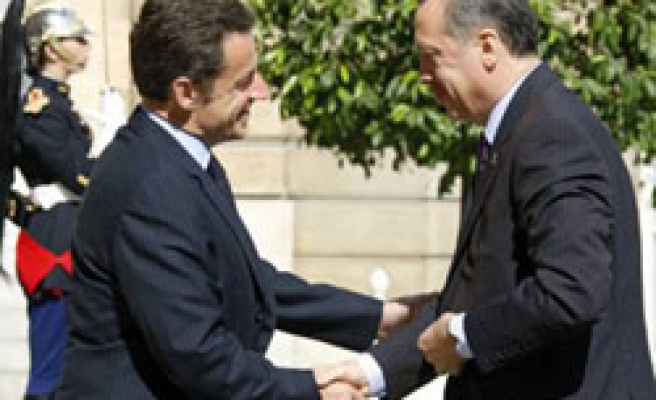 Turkish Prime Minister Recep Tayyip Erdogan has arrived in the French capital city of Paris to attend the summit on "Barcelona Process: Union for the Mediterranean".

Prime Minister Erdogan told reporters at the airport in Istanbul prior to his departure for France that the Union for Mediterranean was a project aiming at developing cooperation in the Mediterranean. "This project is not an alternative to Turkey's EU membership process," he said.

Erdogan said, "leaders of more than 40 countries including the EU-member states and Mediterranean-littoral countries will attend the first summit in Paris. I will deliver a speech at the summit and highlight the importance of economic development as well as foodstuff, water and energy safety."

"Turkey has made valuable contributions to both establishment of the Alliance of Civilizations, a global peace project, and efforts to safeguard peace and stability in the Middle East. The whole world is aware of Turkey's strategic importance in efforts to diversify energy and water resources. If prosperity is not globalized, we cannot globalize peace and stability. The summit in Paris will enable us to share Turkey's peace and prosperity vision with leaders of the EU-member and Mediterranean countries," he said.