Speaking at the parliamentary group meeting of the ruling AK Party, PM Erdogan called the decision "a bullet aimed at democracy". But he said, "we respect the Constitutional Court's decision. 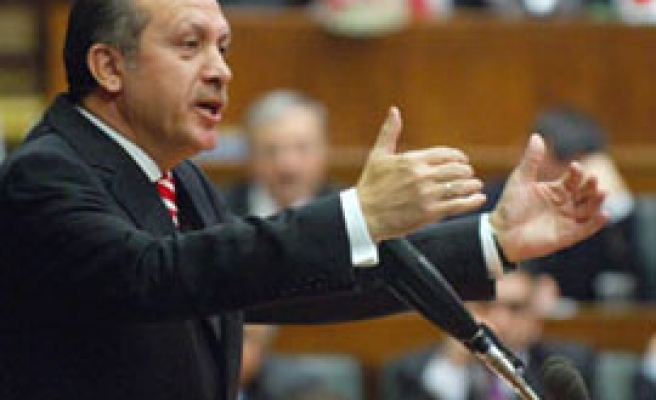 "The election for president in the parliament has been blocked," he told a party gathering on Wednesday.

"It has made it almost impossible for the parliament to elect a president in the future."

There is not such a thing in democracies. We are ready to hold referendum if it is necessary to overcome this blockade."

However, this decision will be subject to further discussions in the future with its legal dimensions."

"The Republican People's Party (CHP) does not respect people's will. Therefore, they will refrain from an arrangement that enables the election of president by people," Prime Minister Erdogan added.

Mr Erdogan also pledged to move forward with a new round in the presidential vote - another vote is set for Thursday - but his candidate remains unlikely to secure the required two-thirds majority.

Analysts say Mr Erdogan's election move is an attempt to create a fresh mandate to end the crisis.

His party has presided over a period of strong economic growth and could fare well in general elections, analysts believe.

Turkey's ruling AK Party has asked parliament to approve an early general election amid deadlock over who should become the country's new president.

The party proposed 24 June for the poll, which had been set for November.
The move comes after Turkey's constitutional court annulled last Friday's vote to elect a new president.

The decision to hold early elections must be debated by parliament and voted into law.